At the request of concerned Tamahere residents, physicist and engineer, Dr Evan Bydder, reports on the fatal, April 5 Icepak fire. He warns against a re-build by Icepak on the Tamahere site..

“I visited the Tamahere site on Monday, April 7 while the fire was still smouldering. Based on what I saw, including the extent of destruction, evidence of ruptured gas storage units and the position of the plant room, I am able to make the following comments.”

It is clear to me that the Icepak facilities used propane gas (LPG) as a refrigerant and that the size of the coolstore, the location of the plant room and associated facilities represented a major threat to the nearby school and residents. Although tragic for the fire-fighter who lost his life and his bereaved family, and for those of his crew who are still suffering health effects, it was fortunate that the arrival of the fire crew at just after 4pm on April 5 prevented an even greater tragedy.

In my assessment, on seeing the remains of the destroyed fire truck and nearby debris, the initial explosion was centred near the plant room where heavy electrical and switching equipment was located, rather than within the coolstore. What is of particular concern, however, is that LPG gas as the refrigerant was being reticulated throughout an extremely large volume storage facility. Leakage from refrigerant pipes could have allowed the entire volume of this facility to fill with an explosive mixture of propane and air, which if subsequently ignited would have caused a huge explosion. It was in fact very fortunate that the ignition of the explosion occurred long before the whole volume filled with a propane air mixture.

Refrigeration systems at those scales can never be completely safe due to the high electrical loads and mechanical output powers that must operate 24 hours per day every day. Thus, even a slight fault can result in almost instant melting of metals and fire. Coupling this with the fact that Icepak used highly inflammable LPG, and appears to have expanded its facilities around the plant room, this was, as has already been said, a disaster in the waiting. It is obvious to those familiar with science and engineering that the Icepak Tamahere facilities had the potential to destroy all the outlying buildings, including the nearby residences and the school in a single massive explosion or by way of an event known as a “Bleve” (acronym for “Boiling Liquid Expanding Vapour Explosion”).

A Bleve can occur when a flammable liquid or heavy vapour (gas) spill or leak results in the flammable substance flowing across ground area until it reaches a point that is above the ignition temperature (e.g. a barbecue) whereupon the entire affected area erupts in a deadly ball of fire.

There is international agreement to phase out all Freon refrigerants in the near future. The generally accepted substitutes, especially for large-scale refrigeration, are flammable hydrocarbons, including LPG (propane), butane, propylene and other hydrocarbons or mixtures of hydrocarbons. Thus even if a currently permitted Freon were used in a rebuild of the Icepak facility, it would have to be phased out in the relatively near future, probably being replaced by a flammable hydrocarbon mixture.

These issues are most serious, not just for the residents of Tamahere but also for the country. The banning of older refrigerants such as Freons has left the industrial cold storage industry with limited choices, all of which make the location of industrial cold storage facilities incompatible with nearby residential properties and in particular near a primary school. A petrol station by comparison has neither high powered electrical and mechanical systems operating 24 hours per day nor an enclosed and sealed volume which can fill with an explosive mixture of air and flammable gas.

In conclusion, I reiterate the fatal explosion on April 5 could have been far worse had the timing been later or had the wind conditions sent the leaking propane gas in the direction of the school.

It is, in my view quite unacceptable to permit the re-establishment of coolstore facilities on the present Icepak Tamahere site, regardless of the type of refrigerant gases that may be used initially. 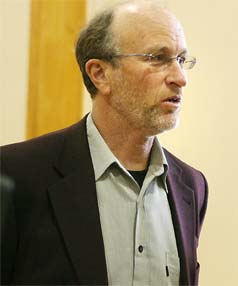