While the exact cause of the Tamahere coolstore fire is still to be revealed 10 weeks after the blaze the spark for another coolstore fire at Katikati in the Bay of Plenty has been confirmed in just two days.

The fire that gutted a Katikati packhouse on Wednesday, June 11 was caused by an electrical fault, Tauranga’s top firefighter confirmed on Friday, reported the Bay of Plenty Times.

Tauranga Chief Fire Officer Ron Devlin said the electrical fault had been traced back to an area by the main office area in the building, owned by kiwifruit company Satara.

On the day of the Tamahere fire, April 5, a district-wide brown out and power outage was experienced, which led to speculation that an electrical motor at the Icepak site may have malfunctioned and sparked the explosion that appeared to precede the week-long fire.

Thirteen fire crews from around Bay of Plenty helped extinguish the Katikati blaze, which could have been as big as the Tamahere fire if not for their efforts. They also had the benefit of a plentiful supply of mains pressure water – not available at Tamahere where the fire was fought with tanker-loads of water brought from hydrants in nearby Hamilton.

The Bay of Plenty Times reported that Paul van Kol, Greerton station officer, said the “saving grace” at Katikati was nearby hydrants. The easy access to water saved at least three other buildings attached to the coolstores from going up in flames as well. The packhouse is surrounded by a fibreglass factory, tyre storage depot and a timber yard.

Mr van Kol said eight fire appliances pumped out about 360,000 litres of water per hour over several hours on Wednesday night. It took several hours to get the blaze under control.

Several investigations are underway into the Tamahere fire, including by the Fire Service, Labour Department, the coroner and insurance companies. The Institute of Professional Engineers (IPENZ) has also initiated a review of coolsotre design.

The review will have particular emphasis on refrigeration fluids, insulation techniques, sprinkler technology, appropriate structures, and other matters pertinent to the engineering design of coolstores. 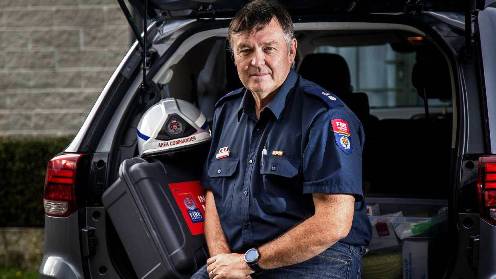