Environment Waikato chief executive and Tamahere resident Harry Wilson has quit his $250,000 a year job after negotiations over his new contract broke down, reports the Waikato Times today.

In April Wilson reapplied for the position he has held since 2003, after it was advertised as is required at least every five years by the Local Government Act. He first joined the council in 1998.

Wilson is the second senior manager to quit in three months. In May EW’s chief financial officer, Warren Stevens, resigned after 15 years with the council, the Waikato Times reported.

This morning EW chairman Peter Buckley said Mr Wilson was offered the position but he and council had been “unable to reach agreement on contractual terms”.

He said the parties had entered into mediation and Mr Wilson had decided not to accept the appointment.

In a written statement, Mr Buckley said both parties were disappointed the issues could not be resolved but the council wished to thank Mr Wilson for his contribution and wished him well for the future.

Council said the statement issued this morning had been “agreed by the parties and under the agreement, there would be no further comment”.

Tamahere third up for election 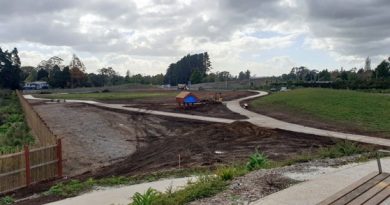