A Waikato Times photographer recorded Icepak staff stocking the coolstore at Tamahere which survived April’s fire with what the company said was “customers’ product” that did not require refrigeration.

The stock-up comes only a week after the company put the site on the market following pressure from neighbours not to rebuild. The company wants to turn on the coolstore, but whether it is legally entitled to is being worked out between lawyers for the Waikato District Council and the company, the Waikato Times reported.

A letter from Icepak managing director Wayne Grattan to the Tamahere Community Committee last week confirmed that although they did not want to re-build, they wanted to use the remaining coolstore by using a non-flammable Freon refrigerant.

Mr Grattan said Icepak also had an “urgent need” to use the remaining coolstore as a dry store for milk powder and grass seed.

The paper said Council chief executive Gavin Ion confirmed its lawyers were in talks with Icepak’s lawyers, trying to sort out the “rather complicated” regulations surrounding the company’s consents.

When told about the Times’ photo and asked whether Icepak were allowed to proceed with a possible plan to run the coolstore, Mr Ion said he was unsure, and council lawyers had written to them for clarification.

“I don’t know because it’s pretty complicated. We have said to them `what are you doing’ and `explain to us why you believe you are able to do that’ and `under what terms of the consent’.”

Mr Ion said council was waiting to hear back from Icepak on the issue.

But Mr Grattan said Icepak believed it had the legal right to operate the remaining coolstore as long as it met the requirements of the necessary consents.

Icepak didn’t wish to reignite disharmony or concern in the community by starting up its coolstore again, he said.

Mr Grattan said Icepak envisaged relinquishing its coolstore consents “in favour of alternative consents that are acceptable to the community” once the property had been sold.

Tamahere Community Committee chairman Dallas Fisher said they didn’t have a problem with Icepak wanting to use it as a “dry store”, but was on edge about any plan to start up the coolstore again.

“I’m vigorously opposed to the re-connection of refrigerant in that coolstore,” Mr Fisher said.

“The community expressed its concerns and that’s ongoing. Right now we’re keeping a close watch on things but have confidence that the Waikato District Council is taking action based on what the community view is…” 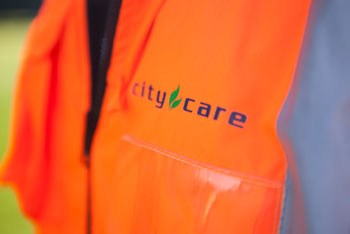