Tamahere School celebrated its 125th anniversary on September 11 and memorabilia of the day includes a history of the district and the school, Remembering Our Past, Nurturing Our Future.

Like the booklet commemorating the school’s centenary in 1984, the latest publication records such historic moments as the role Tamahere Maori played in peacemaking at the time of the New Zealand wars, as well as the history of the school and reminiscenses by past pupils. It is available for purchase from the school.

Earlier histories include Tamahere, 1868-1940 by Alfred Main, which is available in the Hamilton Public Library.

And read here about Tamahere’s Wiremu Tamehana. In this record of his life he is described as “the most admirable character among all the high Maori chiefs with whom our pioneers came in contact in the adventurous days of New Zealand colonisation [he] was the head of the Ngati-Haua tribe, Wiremu Tamehana te Waharoa, the King-maker, as he came to be called. He was the leading figure in the cause of Maori nationalism before the Waikato War; he was essentially a peacemaker, and had his plans for native self-government been adopted there would have been no war.” 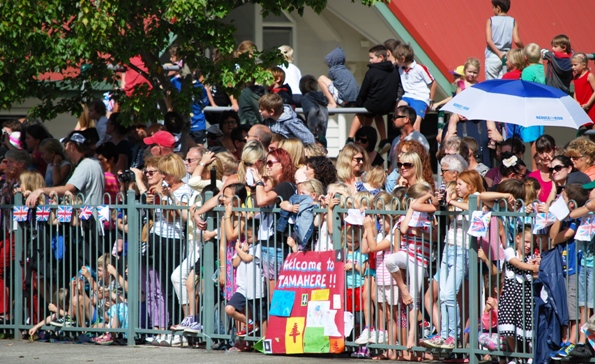 Time for a ball