A Wellington student using Trade Me to pedal dozens of ingredients which can be used to make explosives has shocked experts who warn they are potential weapons for terrorists or arsonists.

A Tamahere farmer and former pyrotechnic expert made the discovery last week while looking for fertiliser. The man, who didn’t want to be named, alerted police and the Environmental Risk Management Authority (Erma).

“I complained to Trade Me and they’ve done nothing, and no-one has done anything about it, and that astounds me.”

The Waikato Times reported that a Wellington Trade Me user with the username “countingsheep1” and listed as “Shane” on his profile page has more than 50 auctions for a range of chemicals such as ammonium perchlorate, potassium perchlorate and zinc, titanium and aluminium powders as well as green laser lights.

Waikato University chemistry professor Brian Nicholson said all of the chemicals were incredibly dangerous, especially if a metal and powder were mixed together.

He said they were all chemicals used for either pyrotechnics or to make explosives. Listings ranged in price from $3 to $125.

One was a well-known arsonist’s tool, a chemical which after mixing with other products available from any pharmacy could be left to catch fire by itself.

One of the ingredients on the site was also used by Oklahoma bomber Timothy McVeigh in 1995 when he killed more than 160 people. “So it is potentially a terrorist weapon,” Prof Nicholson said.

The worst was ammonium perchlorate – a pure rocket fuel, which was involved in the 1988 Pepcon incident in the Nevada Desert which created an explosion equivalent to that of a 3.5 Richter scale earthquake.

The Waikato Times contacted the Trade Me user making the sales, who wouldn’t give his full name. He said they were for agricultural use. He was a student and had been selling the chemicals for “the past few years” locally, and decided two months ago to branch out online.

He said the chemicals were “good fertilisers”.

“Most of them are just sold to farmers. I’ve got (products) in the farming industry category on Trade Me and got about 50 listings.”

“Which farmer is going to buy 100 grams of something to spread on his farm? I don’t believe he doesn’t realise (what he’s selling). What he’s saying is absolute nonsense. Under no circumstances would you apply (any of the powders) in any agricultural purpose whatsoever … he’s being either extremely ignorant or being very disingenuous.”

Trade Me spokesman Chris Budge said what the user was selling wasn’t illegal, and it made it very difficult for Trade Me to do anything about it.

The site relied on advice from either government or industry experts. They hadn’t received any negative feedback on the user.

Hamilton-based Pyroworks owner Martin van Tiel said he had previously tried and failed to get other Trade Me listings of the products closed down.

Dr van Tiel is on the Outdoor Pyrotechnics Working Group, which was working with Erma on providing industry codes of practice and updating regulations. He called for the chemicals to be treated the same as precursors for drugs.

“However, Erma has a role to oversee compliance with the safety rules and we are therefore making further inquiries.”

UPDATE, January 17: After initially ignoring the concerns of experts, Trade Me has pulled the online auction of bomb ingredients, reported Newstalk ZB.

A Wellington student was selling the chemicals ammonium perchlorate and potassium perchlorate as fertilisers but farmers say the quantities on offer – 100 grams at a time – would be of no use in an agricultural setting.

On Saturday, Trade Me indicated it had no intention to remove listings for the explosive chemicals – including the rocket-fuel, ammonium perchlorate. It said the products were legal and it was not concerned.

But Trade Me has now had a change of heart. Spokesman Chris Budge said he called the seller and got the impression his motives were not good.

Farming and soil expert, Doug Edmeades, says the tiny quantities being offered in the ads would have no use on a farm and the highly volatile chemicals are used commonly in the explosives industry.

Edmeades says farmers buy fertiliser by the tonne and some of what is on offer would harm the soil, rather than fertilise it.

UPDATE, January 18: Online auction site Trade Me is investigating a second user selling chemicals that could potentially be used to make a bomb, reported the NZ Herald

The quantities on sale were too small for agricultural use and the chemicals could be used to manufacture explosives, experts said. But while the site has clamped down on the 65 listings which initially raised eyebrows, a second user selling similar items still has an active account.

Forensic inquiry of blast and fire 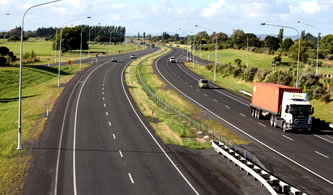