Tamahere resident Neva Clarke McKenna, who spent many happy years living high above Northland’s Cooper’s Beach, is to have a Northland landmark named after her.

Mrs Clarke McKenna, who turned 90 in April and lives at the Tamahere Eventide Home, will give her name to a boardwalk on Mangonui’s waterfront in recognition of her extraordinary efforts to record, preserve and publish the history of Mangonui.

And no one is more delighted with that decision than her famous son, gifted New Zealand comedian and cultural export John (Fred Dagg) Clarke.

Speaking from Melbourne, where he has lived and worked for many years, he said naming the boardwalk after his mother was “mighty,” reported The Northland Age.

“I’ve spoken to Mum about it, and she’s absolutely delighted,” he said.

Mrs Clarke McKenna was also delighted, telling the paper, “It’s a lovely thing to do, I’m so appreciative.”

She had enjoyed her years at Doubtless Bay immensely, and had an abiding affection for the community that had welcomed her and of which she had become such an active member.

Neva is very happy in her new home, close by daughter Anna Carter, grand and great-grandchildren, but Doubtless Bay continues to hold a special place in her heart.

“She’s happy there, but she adored her life in the Far North,” John Clarke said.

“She’s always been a history girl and a recorder. She loved telling stories about the area, and wanted to record as much as she could and share it with as many people as she could.”

The waterfront boardwalk and reclamation, opened in 2008, is home to Mangonui’s new war memorial, unveiled in November last year.

Northern Community Board member Lawrie Atkinson said the idea of naming the boardwalk was first mooted by members of the Mangonui RSA, and was then picked up by the Doubtless Bay Residents’ and Ratepayers’ Association.

It was supported unanimously at the board’s May meeting, and became official when the Neva Clarke McKenna Boardwalk was publicly notified.

“She’s done a lot of history work around Doubtless Bay, and she’s part of military history, so we thought it was fitting,” Atkinson said.

The honour bestowed upon her not only recognises her contribution to recording local history, but also the role she played as one of the first New Zealand women to serve overseas in World War II. In an interview in 2007, she described the war as “terrible, terrible years,” albeit interspersed with great happiness. The conflict certainly cost her a dreadful price.

Her first fiance joined the Air Force, and was killed in 1942; a day later she signed up in Gisborne, where she initially helped with clerical work and medical examinations. She soon reached the rank of sergeant and was sent to Egypt and Italy.

Her second fiance was killed just three weeks before the end of the war, and while in Italy she was raped at knifepoint by soldiers.

Back in New Zealand she took to writing fiction, but after moving to Mangonui in 1973 she spent decades researching and writing the area’s history.

She featured in a 1995 documentary by renowned film-maker Gaylene Preston, telling women’s stories of love and loss in World War II.

The years at Doubtless Bay were certainly a much happier period of her life, said Anna Carter who said her mother missed Northland – “That’s where her heart is, but she’s extremely happy here.”

Mrs Clarke McKenna was inspired to research Mangonui’s history when she first moved north and found very little had been recorded. Over the decades she had become the go-to person for historical queries about Doubtless Bay, and her records are now held by the Far North Regional Museum in Kaitaia.

She told The Age that her Tamahere home was lovely, the staff were wonderful and the food was excellent. She was being looked after with every kindness and consideration. She had made plenty of friends and, told of rumours that she had been flirting, replied, with a chuckle, that she did her best.

Click here for a story of Cooper’s Beach by Neva Clarke McKenna on Te Ara the online encyclopedia. 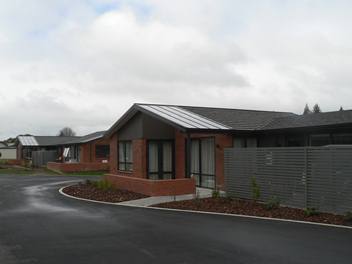 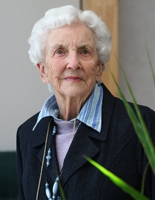