For the Forde family of Tamahere it’s all about the country lifestyle and a strong community, relates Denise Irvine in a ‘Cold Call’ story in the Waikato Times.

Edsel and Margaret Forde’s listing tends to leap out of the phonebook. Edsel Forde? Someone in his family was surely a car buff, writes Irvine for a story in which she phones people at random for an interview (not online).

Margaret answers the Cold Call, mentions Edsel is out shearing, and there’s another reason for his name being familiar. Edsel was a gun shearer back in the day, winning the coveted Golden Shears title in 1989, and the New Zealand Open Champs in 1990 and 1993. He was also a New Zealand representative for five or six years. He’s been out of the headlines for a while, and he’s living in Tamahere, neatly placed between Hamilton and Cambridge, shearing sheep on lifestyle blocks in much smaller batches than the old days. Unless you count the past couple of seasons when he’s been shearing with some Southland mates in Sardinia, the Mediterranean island with 3 1/2 million milking sheep. That sounds hard work? Edsel grins, describes the long lunches and dinners: “The social side’s hard work.”

We talk in the Forde’s office, adjacent to their home, and we get the name thing out of the way first. Esdel would probably be a wealthy man if he had a dollar for every time someone’s asked about this. He patiently explains. His father liked cards – drove a Ford, or course – and named his son after famous American car magnate Henry Ford’s son Edsel.

By happy coincidence, the Ford Motor Company launched its Edsel model in 1958, the year Edsel Forde was born. The much-hyped Edsel didn’t do very well on the market. “It was a flop at the time,” says the man with the same name. “But now it’s a collector’s item.”

Sadly, he doesn’t have one. The closest he’s come is a framed poster of the flashy red car on his office wall. It has the catchline, “You’ll know you’ve arrived when you drive up in an Edsel.” This Edsel drives a Ford ute, a big grey beast parked down by his sheds. The thing about being Edsel, he says, is that because it’s an unusual name, people tend to remember it. “But I don’t always remember their name. It can be embarrassing.”

Margaret Forde comes home from dropping boys, Rory, 14, and Paddy, 12, at school, and she and Edsel talk about what they’re up to nowadays. But first a quick back story. Edsel was from a farm in western Southland, and started shearing big romney ewes when he was aged 15.

Margaret (nee Way) grew up on a King Country farm, trained as a journalist, and met Edsel in 1984 when she was taking a summer out from newsrooms, going back to her rural roots by working as a woolhandler in a shed at Te Anga. Edsel – who was following the shearing seasons in the North and South Islands – was in another Te Anga shed. His gang visited her gang, Margaret recalls.

Margaret went to Southland, and she and Edsel subsequently worked together on the world shearing circuit. Margaret says it took her about a year to miss writing, “everywhere I looked I saw stories”. There was never enough time to follow them up:”we never had an off season”.

They were engaged by 1987, and about then Margaret went to Lincoln University to do the prerequisite course to becoming a wool classer. “Along the way, I’d fallen in love with wool. I still love it, it is a wonderful fibre.”

Their lifestyle changed after their first son was born in 1995. Edsel gave up competitive shearing, and a different way of doing things gradually evolved. In about 2001 they moved from their Otorohanga base to Tamahere, to be closer to the Waikato’s Montessori schools for the children to attend. They also set up a business providing services to lifestyle block owners. Edsel who calls himself the Lifestyle Block Bloke, tackles anything. Shearing, of course, and fixing fences and troughs, haymaking, shifting stock, looking after land. Whatever needs doing.

Margaret sometimes works with Edsel, she devotes a lot of time to the kids, continues to write, and studies anthropology part-time at Waikato University. She still does an annual wool classing stint in the big sheds of Central Otago (her clients have become good friends), while Edsel stays home with the kids. And he’s not long back from his second sortie to Sardinia, shearing 40 days in a row … and enjoying plenty of local hospitality. “We’re very well looked after.”


Such opportunities aside, Margaret and Edsel are very settled in Tamahere. Margaret’s family – the Ways – have a long history in the district, and four generations of her ancestors are buried in the cemetery at St Stephen’s Anglican Church. Edsel is on the vestry, and you’ll sometimes find them working the barbecue at the Tamahere Country Market.

Margaret describes St Stephen’s as a church that has endured. “It has a real community spirit.”

The Fordes seem pretty happy with where they’re at: “We’re never going to be rich,” says Edsel. “But we’ve got a lifestyle. I’m a country man at heart.” 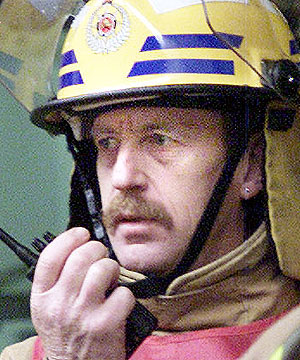