The Narrows Bridge across the Waikato River is likely to be closed until the end of October when the NZ Transport Agency (NZTA) hopes to open a temporary bridge.

The fourth foundation of a single-lane bailey bridge on Airport Rd (SH21) is being completed today, immediately downstream of the existing bridge, which was closed on September 16. Once in place, the temporary bridge will provide one lane of traffic, controlled by traffic signals.

The NZTA said in a statement that weather permitting it expects to reopen the SH21 river crossing at the Narrows by the end of October.

The Narrows Bridge was closed 11 days ago when the NZTA was unable to continue monitoring the erosion beneath it because of rising river levels. It will remain closed until the water level drops and further analysis of the river banks can be undertaken.

NZTA State Highway Manager Kaye Clark said the agency was doing everything it could to reopen the existing bridge before the end of October but that would depend on how quickly it could complete the assessment of the erosion, and what the study revealed.

“We can’t complete the assessment until the river levels have receded and we can see if any further erosion damage has occurred.”

Because the Waikato River levels are expected to remain high and fluctuate for quite some time Clark said the NZTA had decided to go ahead with the installation of the temporary bailey bridge and to keep it open until the remedial works were completed.

The NZTA started bank stabilisation work last week to address the erosion and scouring that were identified before the bridge closed. This work involves stabilising and strengthening the river banks to protect the Narrows Bridge from further erosion and is expected to take up to four months to complete.

People travelling to Hamilton International Airport from Tamahere need to take an alternative route because of the closure. They are advised to allow approximately 30 additional minutes for their journey along the recommended route, which is via SH3 (Ohaupo Road). Detour signs are in place.

Motorists heading to the airport from the south are advised to follow the detour signs, which start just south of Cambridge. 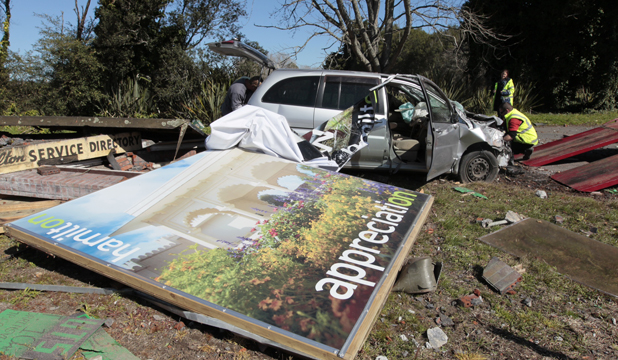 Subdivision rules up for discussion