Skip to content
Our Past
November 4, 2010 Tamahere Forum 0 Comments Tamahere

Felicity Ferret-type gossip columnists have been around a long time and actively dishing the dirt on Tamahere residents.

If you thought it was just a modern day past-time to pick over the doings of the great and (not so) good then read on for a salacious column on Tamahere people in The Observer newspaper of February 24, 1906.

Tamahere doings featured in a round up of local news and gossip that also included such other high spots as Taupaki, Taneatua, Hunua, Pukekohe East and Pukete.

Of Tamahere, the Ferret of the day wrote:

How downhearted MK looked at the dance. Was it because CP was not there? … QP says she does not love JL since he shaved his moustache off … JO and LC are shortly to face the altar … JD says he has no girl in Tamahere like his darling in Hamilton … FE and MP looked very nice out driving on the cream cart the other morning. What about AM? … BC looked very downhearted at the Matangi dance. Was it because MD was not present? … PD seems to have a great time with the girls at the top of the gully … BH is all smiles since Miss M returned from Auckland. … Who is the young lady who is always singing “Why don’t you love me in the same old way?” Surely not JK? … Too bad of PK to drive JP to the dance at Matangi and leave HW standing at the gate. Who was the boy that MK was telling at Matangi that she was only four years of age? She must have thought he came from Tauwhare.

Possibly you had to be there! But no doubt it raised a few eyebrows in its day among a small population which would have been able to happily decipher who was who in the alphabet soup.

Click the following link to see the full page. It’s worth it for the adverts alone (pdf): The Observer 1906

Click here to search for more papers of the past. 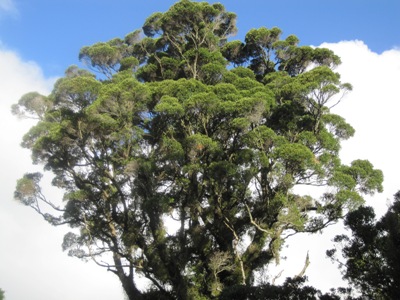