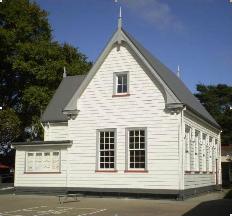 The trust has registered the 127 year-old classroom, now used as a library and information centre, as a category II historic place.

The school’s oldest building was designed in 1883 and built in 1884 to “provide an educational institution for the children of the growing rural community of Tamahere,” the trust records in its register.

Tamahere had been intensively occupied and cultivated by Ngati Haua, one of whom was Wiremu Tamihana Tarapipi Te Waharoa, who signed a peace contract between the Kingitanga and the colonial government at Tamahere in 1865, to end the Waikato war. The deal was brokered by George Graham, who immediately afterwards leased land from Ngati Haua chief Te Raihi. Graham’s son and interpreter, William Australia Graham, purchased the land in 1868 and gifted three acres (1.2 hectares) for the school to the Auckland Education Board in 1883.

Designed by the Education Board architect Henry Allright and built by Aucklander James Furey, the original building was a simple, one classroom, kauri weatherboard clad structure, with a shingled gable roof. It had a very high stud and Gothic decorative elements such as finials, hood mouldings over the windows and pointed tops to the doors.

The trust’s report mentions that “in 1984 the old school building was a much photographed centrepiece of the centenary celebrations, which attracted over 300 people on each of the three days.

“2009 saw further subdivision and development of the Tamahere district with the school roll growing to 400 pupils. That year the school building was converted for use as a library and information centre for the school; the re-modelling won the 2010 Waikato Registered Master Builders Award in the education category. Also that year the 125th anniversary celebrations attracted over 100 former pupils and teachers. The building is proudly and prominently displayed on the school website.” 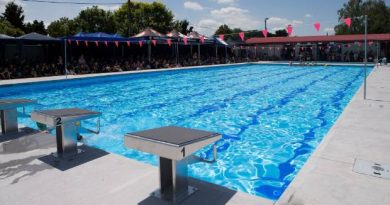