An abandoned quarry transformed into a Waikato tourist attraction is reaping the rewards from carbon credits in a move that could inspire others involved in revegetation projects.

The Waitakaruru Arboretum and Sculpture Park in Scotsman Valley has secured the right to sell carbon credits after it became a Permanent Forest Sink initiative, reports the Waikato Times.

In a national first for a tourist destination, the owners of the previously abandoned 17.5 hectare quarry, John and Dorothy Wakeling, have been entrusted with maintaining the pine, exotic and native forest for future generations.

The Wakeling’s sculpture park is part of the Tamahere art trail, Scene Between.

Landowners with pre-1990 planted forest have until November 30 to lodge a claim for a free allocation of carbon credits under the Emission Trading Scheme (ETS).

Credits can be retained in the NZ Emissions Unit Registry or traded and realised for cash. If they go unclaimed the allocation will remain with the government.

For more information contact the Ministry for the Environment’s climate change office on 0800 Climate (0800 254 628) or visit the Climate Change website.

The Waikato Regional Council can also provide advice on how to claim your allocation. Phone 0800 800 401.

The Waikato Times reported that the Permanent Forest Sink initiative was launched to manage New Zealand’s carbon footprint, and credits earned under the Kyoto Protocol scheme can be sold internationally.

Forecasts suggest the Wakelings will earn between $6000 and $8000 per year which would cover 10 per cent of the maintenance costs. The figure will increase as the trees mature.

While some revenue would support the arboretum, Mr Wakeling said having an arboretum was “open slather” to buy new plants and he hoped to extend its range of exotics and natives. “It’s great because we can justify buying more trees because we are an arboretum.”

The land has been placed under a 50-year covenant and the 18,000 native and exotic trees planted by the couple since they purchased it in 1990 are protected. Under the scheme the forest will be managed and the overall canopy cover must not decrease.

The ruling has taken nine months of research and was driven by the need to secure funding.

“It was about knowing we want to keep this place going in the long term,” Mrs Wakeling said. “Making that happen was very important to us.”

The abandoned quarry had supplied Waikato with gravel for 30 years, and its workings had left behind “strange, skeletal beauty” which tempted the couple to purchase the land. “It seems we were the only people to understand what a nice bit of land it was,” Mr Wakeling said. “It didn’t start to get daunting until we got the first spade out though.”

The quarry includes 30-metre sheer cliffs and sweeping roads, and has hosted more than 20 sculpture exhibitions since the arboretum opened to the public seven years ago.

University of Waikato GIS specialists, including Dr Lex Chalmers, helped the couple to map the various types of trees which score differently under the carbon credit scheme. Exotic hardwoods, exotic softwoods, pinus radiata and native vegetation are all credited with different carbon rates. The total carbon expected to be sequestered during the next three years is 1385 equal tonnes.

The couple hope to partner with a major organisation to sell their credits. The park is open to the public all year round. 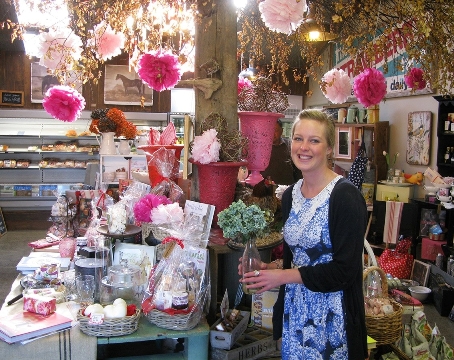