A second public meeting on controversial proposals for major roads to cut through Tamahere again drew a big attendance as local landowners continue to reel at the prospect of losing homes and grassland to tarseal.

Around 70 people turned out for the second meeting in a week on the Southern Links road network proposal to hear that battles over routes are something of a community tradition and there is considerable expertise in the community.

“You don’t have to reinvent the wheel,” Fletcher said.

Two alternate routes to the three options being considered in the Southern Links proposal were shown to the meeting and a range of views were expressed on how to tackle the project. They ranged from pushing for early confirmation of the designated route to “put people out of their misery” to lobbying MPs and the Regional Land Transport Committee for a return to the drawing board.

Few at the meeting felt they had been adequately informed about the road proposal and the Waikato District Council again came in for criticism.

Andrew Gibson, who called the meeting, felt the council had failed in its fiduciary duty to inform residents of the impact of the project on the environment and social cohesion.

A Pencarrow Rd resident said the council can “contact us for our rates so why can’t they contact us to let us know what is going on.”

But another resident said she had known about various proposals for routes through the district since arriving in the area in 1985. Others spoke of road designations that had come and gone on properties as various road proposals came and went over the yeas.

The meeting closed after a group of six people volunteered to work further on the concerns and issues raised.

The Southern Links project, a joint project of the Hamilton City Council and the NZ Transport Agency, aims to create well-connected state highway and urban arterial routes linking State Highway 1 from Kahikatea Drive to the Waikato Expressway at Tamahere, and State Highway 3 from the airport to central and east Hamilton. 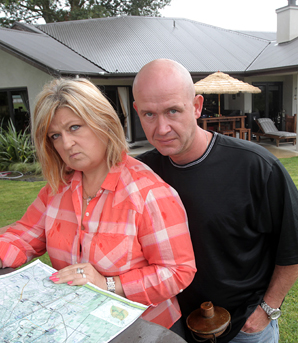