Tamahere resident John Erkkila will receive a Distinguished Alumni Award from the University of Waikato this week.


Erkkila, co-founder of New Zealand Home Loans, was one of the key drivers behind the new Waikato Hospice in Hillcrest, chairing the fundraising campaign which brought in $8 million, and is chairman of the Hospice Waikato Foundation.

He graduated from Waikato University in 1985 with a Bachelor of Science majoring in Earth Science and Biology. His first job after leaving university was a two-year stint managing a hotel, then he set up his own insurance brokerage, John Erkkila & Associates.

In 1996 he joined forces with Murray Fergusson to establish New Zealand Home Loans. The first franchise opened in Wellington and within a year there were also branches on the North Shore, South Auckland, Waikato and Bay of Plenty. Today there are 58 franchises from Whangarei to Invercargill; the business employs more than 200 staff and has $3.8 billion of loans and $22 million of insurance premiums under management.

In 2006, New Zealand Home Loans sold a 51% share to Kiwibank, but Erkkila remained as CEO until April this year and is now an Executive Director.

With his wife Christine, Erkkila also owns Team Gamesail, a venture that began operating in 2005 when the business launched the first of its two ocean-going luxury catamarans for people, mostly international visitors, to voyage around the Hauraki Gulf and Bay of Islands. Both Gamesail boats were built at Erkkila’s boat building facility in Tamahere and he is currently developing a range of unique trailerable game fishing boats.

Last year Erkkila purchased a development farm next to the Mangakawa Reserve near Cambridge which he is developing as a tourist adventure farm.

Erkkila will receive his Distinguished Alumni Award on Friday, August 19 at the University of Waikato’s Gallagher Academy of Performing Arts. 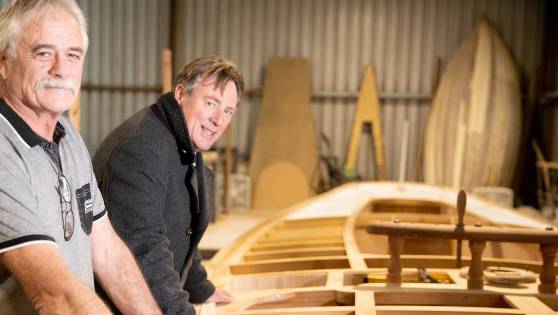