The patch of lowland bush, rated a Key Ecological Site by Waikato District Council, continued to be restored and revegetated by a band of committed locals, reports Number 8 Network.

A little bridge has just been built and installed at the new wetland which is being developed near the log hauler site, and work is underway on a shelter for the area, complete with 12-seater picnic table. Excellent progress is being made on an interpretive sign for the lookout, which will give information on the landscape, history, geology and flora and fauna.

Both projects are funded by Kath Des Forges in memory of her husband Brooke, a well-known councillor who, with David Johnstone, shared the vision of developing Pukemokemoke as a reserve.

To find Pukemokemoke, drive north on Highway 9 through Gordonton, then turn right on the Whitikahu road towards Tauhei. After 10km you will see a hill and quarry on the left. The bush on the hill is the 40ha Pukemokemoke reserve and is open to the public. The entrance is signposted.

Tamahere people interested in bush or gully restoration in their patch can join with like-minded locals involved in the Tamahere Plant Nursery and Gully Care Group. 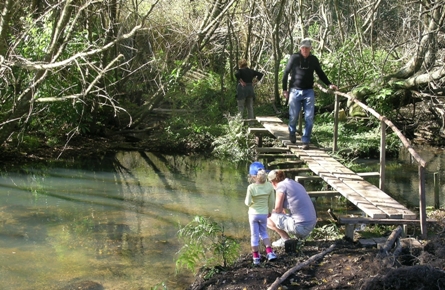 Gully visit appeals to all ages 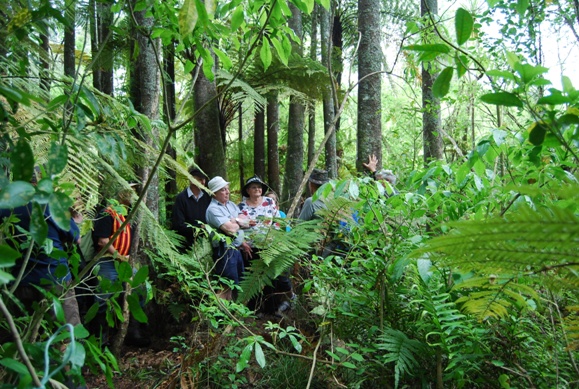