Taking pride of place in the Pencarrow Road gallery’s front paddock, it will give passing Welsh rugby fans a surge of national pride, according to the Waikato Times.

But unless the beast takes flight, taking him home as a souvenir may prove difficult, the paper reported.

Te Aroha sculptor Adrian Worsley estimates he spent about four weeks – 170 hours – on the recycled scrap metal dragon which comes complete with a saddle and reins to ride it.

The dragon, which has no name, is part of the Spring Indoor and Outdoor Sculpture Exhibition which opens to the public this Saturday at Inspirit Studio and Gallery on Pencarrow Rd, Tamahere.

Mr Worsley said it was a coincidence rather than a plan that saw the dragon finished in time for the visiting Rugby World Cup tourists to enjoy, but he would be thrilled if it was taken back to Wales.

“That would be great. I might go with it.”

However, the cost and logistics of transporting the dragon to the northern hemisphere could prove prohibitive, as it weighed “about a tonne” and was about 2 metres high.

Mr Worsley was still working out an appropriate price, which would probably be available by application.

Gallery owner Jenny Scown said the dragon already had passing joggers stopping and motorists doing double takes, and she hoped it would encourage more people to display outdoor art, or create it.

“It’s great for the planet, too, there would be nothing new there – everything would be recycled.” Made from myriad tools, utensils and vehicle and implement parts, the crouched dragon with spread wings had incredible detail right down to its fork-prong nose and ear hairs and long eyelashes.

Mrs Scown said the exhibition had the work of about 25 of the best local and national sculptors, including a dinosaur by Marti Wong, another talented scrap metal sculptor.

“Adrian and Marti’s work is similar in the materials they use but their styles are distinct,” Mrs Scown said. 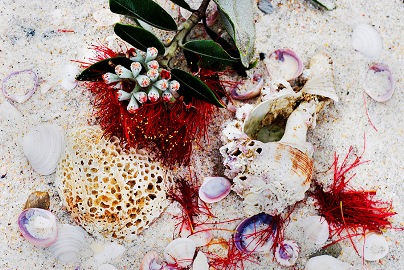 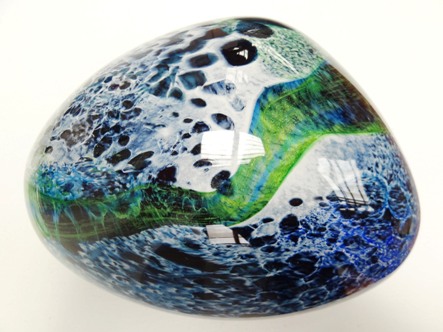 On whimsy and fishing