Tamahere’s and the Waikato’s oldest living All Black, Rex Pickering, 74, was taken down memory lane and asked to rate the chances of a New Zealand win in the Rugby World Cup ahead of Sunday’s final.


Rex Pickering’s All Black jersey is not what it was. From a time way before computer-designed German sharkskin, it wears a Canterbury trademark, a rough-as-all-guts number 12 stitched on the back and looks like it repels water about as well as a wet kitchen sponge, reported the Waikato Times.

Off comes the Harlequins polo and on goes The Jersey, except Pickering can’t fit it, wrote reporter Alistair Bone in the weekend’s story.

“It’s not me that’s grown, the jersey’s shrunk after all these years”.

Then the laugh, a happy pirate’s guffaw. That happens a lot.

Pickering is Waikato’s oldest living All Black. The Te Kuiti-born loose forward and lock was called into the 1957 All Blacks team to face Western New South Wales over at their place.

The team won and Pickering went on to 21 games and three tests for the ABs, his first points came in the next game, his first test came against Australia in 1958. There followed a mammoth three-month tour of South Africa in 1960, with trials against such now-extinct foes as a Rhodesian XV. Among 104 runouts for the Waikato team was a 22-3 whacking of the French in 1961.

Now two days out from the Rugby World Cup final and the All Blacks team are at a price not worth the effort to bet on.

There is no way the unaccountably tiny gold trophy is not staying here, unless you hear what a 74-year-old in a comfortable chair in Tamahere is saying. “A lot depends on your approach to these games. If the All Blacks are taking it for granted that they are going to win this one, I could see the French then saying `We’ve been beaten and humbled, so come on you buggers, we’ve got to win’.”

Heart will count for a lot and it is not in the bag. “I hope it is, but we have got to perform first. If the All Blacks play like they did against the Australians I think they will beat everybody. But can they concentrate and do that? I hope so, but they have got a lot of younger players there.”

At 20 years and 180 days in his first run for the All Blacks Pickering was himself a kid in a big game.

“Nervous? Aw heck yes. I was the youngest in the team for a while and you’ve got to prove yourself. I had a couple of good friends in the team – Ron Hemi and Ponty Reid. They were heroes of mine and played for the same club and I thought, Well, I’ve really got to get stuck in and stick with it.”

And the current All Blacks will have the same spirit? “I would like to think so, but there is something that has changed the game and changes the minds of people – and it’s called money. And to my mind money sort of ruins everything.”

Pickering keeps his old All Blacks jerseys all in a bag somewhere, not under glass.

They aren’t idols. He and his wife are central to the local Christmas festival, with their spare rooms stuffed with seasonal greetings, and three wise manikins standing in the barn.

Which is Graham Henry?

Pickering nominates the black one with the beard stuck below suspiciously girlish eyes. The hours are long and the days full; he runs patients into Hamilton for the Red Cross a few days a week.

On tour Pickering was given money to ring his parents. After the marathon campaign in South Africa he came back to his job at the bank the next week. He got some handshakes, but no parades, or bonuses. He is no way near any form of bitterness, there is too much laughter and too much work. But there is just maybe, a question over the true guts of our Super 15 – up against a proud team of underdogs, a long way from home, who look a bit like we used to. 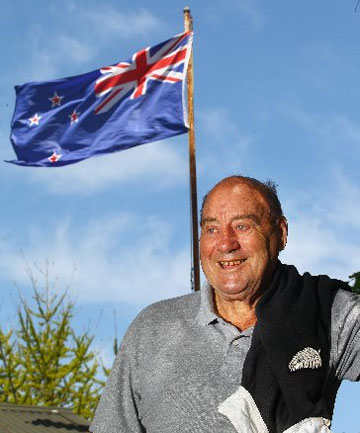 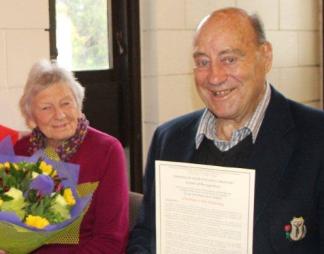