The second generation of Tamahere’s cricketing Kuggeleijn family is starting to make a name for himself on the pitch.

The 19-year-old son of Tamahere’s Chris Kuggeleijn and Jenny Scown looks to have found his forte after swapping bat for ball, reported Mark Geenty.

“I do like bowling short. I don’t mind hitting people in the head, especially if they’ve hit me for a few fours,” he says, with a menacing chuckle.

Cricketing ability and a larrikin streak is in the genes, even if fast bowling isn’t. He’s the son of Chris, Northern Districts stalwart, former national under-19 coach and two-test New Zealand batsman in the late 1980s. But while Kuggs Sr floated down gentle autumn leaves, his boy is more a howling winter storm. So much so that new Wellington coach Jamie Siddons took immediate notice of the 19-year-old when he was asked to train with the squad, preseason. Fastest bowler in Wellington, Siddons proclaimed. And Kuggeleijn’s already been told he’s in the XI for his first-class debut, against Central Districts at Napier’s Nelson Park, starting on Monday.

“He [Siddons] just wants me to hit the deck hard and bowl as fast as I can and in as good areas as I can. And maybe a few short ones.”

The Hamilton Boys’ High School old boy only discovered he could bowl quick at 16, when he shelved a career as an opening batsman, shuffled down the order and grabbed the ball. He was clocked at 139kmh at a fast bowling competition at Hamilton’s Seddon Park during an Australia test two seasons ago.

“Apparently Jamie put something in The Dominion Post saying I was around 140kmh so I’ll claim that if he says that. Maybe 141-142kmh, fastest ball, I don’t know, really. I’ve only been clocked twice and 139kmh was the fastest.”

Kuggeleijn is quick with a one-liner and a laugh but he’s deadly serious about his debut. He wants to bowl well and often this season, not just make up the numbers and prove a worthy replacement for Iain O’Brien, the senior paceman struggling with a hamstring injury. And his biggest career influence, his father, will make the trip from Hamilton to watch on Monday. His mother, Jenny, and younger golf-playing brother, Steven, are also likely to be there.

Kuggeleijn Sr has coached his son since he was four and talked him through his lowest point.

“He’s been huge, along with the rest of my family. He’s been really level headed because I’ve had ups and downs in my career. I had a rubbish season when I was 16, I was pretty depressed and playing a lot of golf.

“It was a toss up and I thought about not playing cricket. He said `stick at it but you don’t have to play if you don’t want to’. I was really enjoying my golf but I’ve loved cricket since I was a young fella so I thought `don’t give up when it gets tough’.”

Kuggeleijn can hit a golf ball, too. He was a one handicapper, and now plays off a lazy two or three and is consistently 260-270m off the tee.

Bored with Hamilton and the cricketing scene there, he arrived in Wellington last summer on the recommendation of his father, who had spoken with Firebirds assistant coach Shane Deitz. He linked up with Collegians, wasn’t awarded a Wellington contract but was quickly ushered into preseason training.

He’s been impressed by Siddons’ methods as the Australian looks to turn around the Firebirds’ ordinary recent results. Kuggeleijn never thought he’d play the first-class season opener but doesn’t want to let down his new coach. “He’s good, he’s demanding but he knows how far to push people. He’s always got a good way of saying things. He does demand the best from people and if you stuff up he’ll let you know and help you get back on track.”

Wellington named a 13-man squad yesterday, with O’Brien’s prognosis improving to a potential return for round three on November 20. Senior paceman Mark Gillespie was included but is under a slight cloud and faces a fitness test. Internationals James Franklin and Luke Woodcock return. 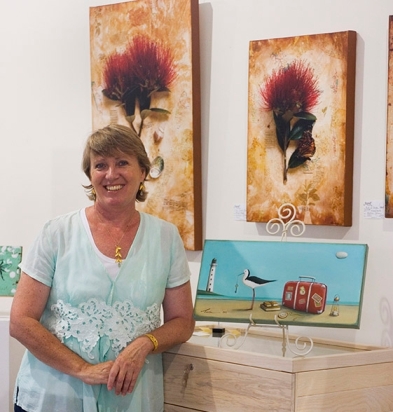