Christmas day may be bearing down on us like a runaway reindeer but there is still time to make a scrumptious, traditional Christmas cake.


Forget the notion that the fruity, grog-laden cake has to be made well in advance to let the flavours merge. And forget, too, that it has to be baked in a tin.

Both have been disproved by food lover and writer Annette Taylor of our sister community website, Number 8 Network. The recipe she uses proves winning even on the day.

A careful taste experiment using a cake made months earlier and one just on Christmas day showed Taylor one thing – “you can bake your cake when the time is right for you. If that happens to be earlier in the year, so there is less to do nearer the time, that is good. If it’s on the 25th itself, that also is good,” she writes on N8N.

Taylor is also a fan of wooden cake boxes (who knew there was such a thing?) from (of course) the Wooden Cakebox Company.

Made from kahikatea, it is designed for cooking rich fruit cakes that need long cooking times.

The great news – and this made me purchase the box on the spot – is you just line the sides and base with baking paper, no further wrapping or greasing is needed. Better yet, there is no washing to be done afterwards, you simply brush it out after use.

The Christmas cake recipe that Taylor found so successful whether baked early or late came with her wooden box.

Says Anthea Dunning of the Wooden Cakebox Company on its website: “The recipe supplied with each box is simple and fail safe. My mother started using it in the 1970s after she tired of having to cut up her own fruit and cream the butter and sugar! It is best made in two stages.

Beat eggs. Sift flour, baking powder and baking soda, add alternately to cooled fruit mixture. Bake in the middle of the oven at 160˚C for 30 minutes then 120˚C for 3½ hours. (Cooking times may vary depending on the oven.) Cool in the box.

And should there be more time to spare to make another fruity Christmas treat – fruit mince pies – then you can’t go past the tried and true recipe of Waikato University scientist Peter Molan. He shared his recipe with me (and readers of my column in the NZ Herald) back in 2004. It’s too good not to share again.

Chop the raisins and in a large bowl add the remaining ingredients. Mix together well. Use straight away, or put in jars. If mixture is on the dry side, add a touch more sherry.

Preheat oven to 220°C.
1. Using a food processor on high, mix together the flour, baking powder and sugar. Add the butter and run processor until the mixture is like very fine breadcrumbs, and starting to stick together.
2. Remove from processor and add the egg. Chop this in gently with a knife.
3. When egg is evenly mixed in, gently squeeze the dough together. With as little handling as possible, roll dough out.
4. Cut out rounds with a 7.5cm fluted cutter and then with a 5.5cm cutter. Line oiled pie tray with large rounds, fill with mincemeat. Damp edges of small rounds and place on top. Make a slit in each one. Makes around 12.
5. Bake for around 10 to 15 minutes until golden brown and smelling good. Place on a rack to cool. Dust lightly with icing sugar and share. 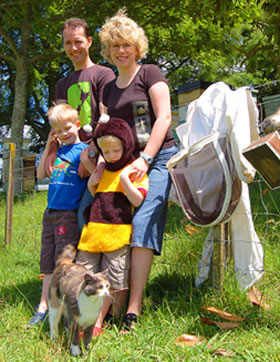 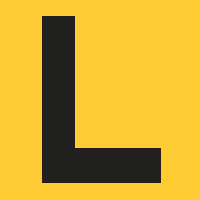 One thought on “A recipe for fine Christmas”