The fast growing company bought 12ha on Raynes Rd of the 70ha Titanium Park, a joint industrial park venture between the airport and McConnell Group, for an undisclosed sum last year and plans an office and warehouse development for its internet business selling cycling, snowboarding and skiing, motocross and adventure equipment.

Torpedo7 and its future neighbours at the park will be able to hook up to a readymade firefighting and drinking water supply when they build, thanks to one-million litre tanks going in at the business park, the Waikato Times reports.

The park was now marketing the “central” precinct, accessed from Airport Rd and the developers were in talks with several interested companies, he said.

The sale to Torpedo7 was described as a “shot in the arm for the Waikato economy” when it was announced in October 2011.

More from the earlier story …

It kicks off an airport development that should lure more companies, exporters and freight activity, and will unleash Torpedo7, which has blasted its way to annual revenue of around $100m in seven years, from congested premises to a new springboard, reported the October story.

It will be the first stage of a $100m investment at the airport over the next five years, he said.

The office block will feature a squash court and full basketball court for staff.

The company’s current Collins Road offices are bursting at the seams and its warehouses are scattered around the city.

The 180-strong workforce is expected to grow to more than 200 within the next few weeks, as “aggressive” growth plans involving undisclosed new projects and Australian expansion next year start unfolding, Mr Howard-Willis said. He expects revenue to double next year. Trade Me announced last week that its own daily deals will be powered by 1-day.

Torpedo7 looked closely at Auckland for a development site, but Titanium Park was better value, said Mr Howard-Willis, 32, a born and bred Hamiltonian.

Hamilton airport chief executive Chris Doak said the sale of the Raynes Road precinct, which is the entire stage 1 of the 70ha Titanium Park, was a “breakthrough” and a potential catalyst for regional economic growth.

“Torpedo7 creates the need for a huge volume of airfreight from its online sales throughout New Zealand and Australia. We are hoping it will be a catalyst for increased freight potential, including attracting similar businesses to locate at Hamilton airport,” he said.

McConnell, which will also start building the CityGate office complex in Hamilton’s CBD early next year, said the sale signalled a positive upturn in the industrial development sector. Titanium Park development manager Aidan Donnelly said the sale was a vote of confidence for Waikato. 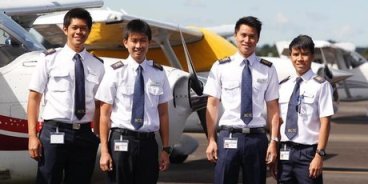