Approval to designate a route for the proposed Southern Links road network, which would cut through the heart of Tamahere, is expected to be sought from the NZ Transport Agency board next month, says a Tamahere action group fighting the proposal.

“Approval for a designated route is being sought yet the actual route is still to be determined,” said Michael Holmes, chairman of the Southern Links Action Group.

The group is calling on Tamahere residents to make it “crystal clear” to Transport Minister Gerry Brownlee and NZTA that the Tamahere and wider community strongly opposes the proposal.

The preferred route for the Southern Links roading network linking State Highway 1 at Kahikatea Drive across the Waikato River to Tamahere Drive will cut through Pencarrow Rd and the Narrows Golf Course. It was announced last November.

In a flyer distributed to Tamahere homes in recent days the action group said property designation would cast “a dark shadow” over the thriving Tamahere community.

“This project has been the cause of great anxiety, stress and community division. Based on sound logic, the East/West section of this project should not proceed,” the group said.

The Southern Links Action Group urged Tamahere residents and affected or interested others to support the group by joining it or to contact it to find out more. Click here to email the action group. As well as Michael Holmes, group members include Allan and Heather Mark and John and Gwynneth Lynch.

The group said that in reality the project would affect the whole of Tamahere and a wider community.

The road was conceived from a study in the 1960s when the first Hamilton bypass was planned. Hamilton’s traffic flows and future roading needs had evolved since then, it said.

“The Waikato Expressway will soon become the main Hamilton city bypass for the future, diverting a significant proportion of traffic to the eastern side. Duplication of this corridor would be a complete waste of public funding.

“The anticipated traffic flow does not warrant the construction of this road. It delivers no local benefits and few (if any) national benefits over the current roading network. The project does not meet NZTA funding criteria and there is no funding for this for at least the next 20 years. Meanwhile property designation would cast a dark shadow over our thriving Tamahere (and wider) community.”

Tamahere people first showed their opposition to the proposal at a packed meeting in July last year. The meeting showed its opposition to three route options by voting overwhelmingly for a tentative fourth south of Tamahere. 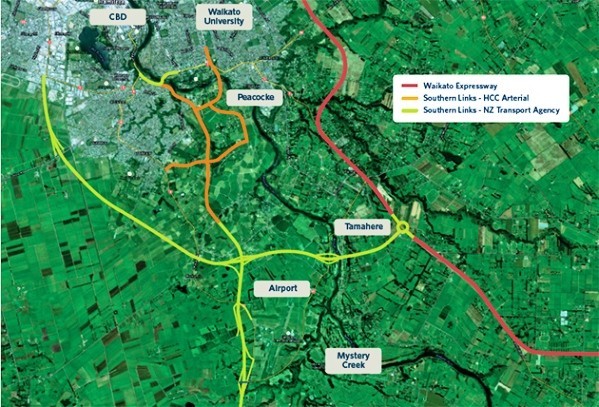 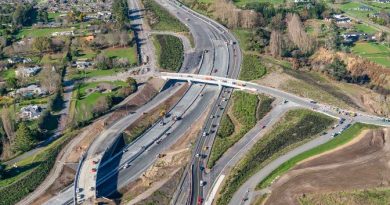