It got a lot tougher to get a driver’s licence earlier this year – some say unfairly tough and placing a heavy burden on rural dwellers.

Each week nationwide, 600 mostly young people fail the new test but that may only be good for road safety if the testing regime is a fair one.

The mood was grim, especially for country folk down at the driver testing station recently.

That’s when changes to the restricted and full driving tests were brought in by the New Zealand Transport Agency. By mid-April, after almost 9000 attempts, more than half of those sitting the tests were failing.

What tends to be forgotten with the statistics is the human face behind the numbers.

My young friend ‘James’ is one of the 600 struggling under the new regime. He’s just failed for the fourth time. He is a considerate, careful driver – I can say this, because I taught him.

For the last few months James, a family friend, has been boarding with us in Gordonton, 15km north of Hamilton.

There is no public transport into town. For our household, this has meant rising early to get him to work by 8am, battling rush-hour traffic. And then we repeat the process at day’s end.

On his third attempt James failed without even driving. I dropped him at the testing station, headed off on a walk – an hour is a long time to wait – and received a call saying he’d failed. A rear brake light wasn’t working; it was fine when he checked it in the morning. I offered to get another car, a friend lived just minutes away, and was told we were two minutes over time.

That will be another $86 please.

Standing outside the AA testing office, I talked with two other parents. One almost in tears, both distressed.

Have you got a driving test story? Tell us about it in the comment section below. 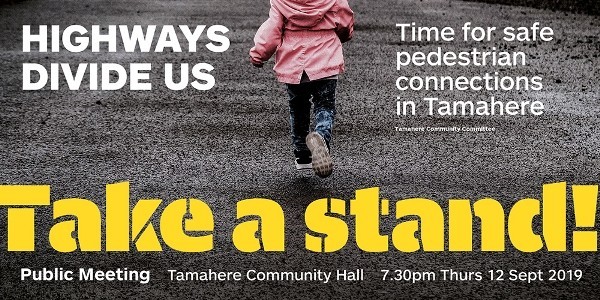