A plan to restore the neglected, 4.6ha Tauwhare Rd reserve won the support of the council’s water and facilities committee this week to the delight of project co-ordinator Leo Koppens.

“Support from members of the community has already been great and now we’ve got the council’s go ahead we can really plan ahead and take up locals’ offers of help,” he said.

Koppens has spearheaded the project on behalf of Tamahere Gully Care and the Tamahere Community Committee, which has described the reserve’s restoration as one of its “most important long term environmental projects”.

Large, poorly maintained pine trees dominate the reserve but it also contains stands of kahikatea, including some that could be up to 400-years-old, according to a preliminary Waikato University survey. There are also many regenerating native trees, shrubs, ferns and low growing plants in the lower reaches of the reserve, which borders the Mangaone Stream.

The council will remove the pine trees overhanging Tauwhare Rd because they are a safety risk but the fate of the remaining pines will depend on funding.

Koppens said it is unclear how some aspects of the project will proceed because native bats may be roosting in some of the pines. However, the community can get stuck into restoring the wetland, including removing willows and building a board walk, he said.

Koppens has invited anyone willing to help with the project to contact him by phone, 07 856-3245, or click here to email him.

There is scope for at least 1.2km of walkways and boardwalks through the reserve. 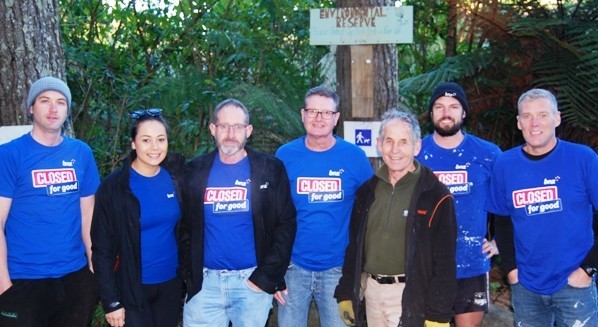