The Newell Rd school is the first new, private primary school established in the Waikato for some years.

“I think we have achieved something Tamahere can be really proud of,” said Bhana during a tour of the facility, including the new primary centre where nine children in smart, new uniforms went about tasks from making paper machier globes to drawing to reading.

The centre started with one class of nine children in 2006, has since grown to two, light, airy and spacious rooms for 50, three- to six-year-old children and now, with a third, large primary school room for six- to 12-year-olds, has the ability to grow to a role of 100.

Growth is likely to be steady rather than speedy as, under the Montessori learning model, the primary school will only take children who have completed a Montessori pre-school programme.

Montessori is an internationally renowned educational model which, Bhana explains, supports the natural development of a child, aiming to work with her or his natural tendencies and talents.

“There is currently concern over all matters to do with education and parents are looking for options,” she says. “We’d like to make people aware that there are options but they need to be considering these from the pre-school years.”

Generally children are enrolled in a Montessori programme by the age of two years.

“We have a world class centre here,” she says, and standing amid the beautiful, ordered surroundings, chatting with the children quietly busying themselves with a range of tasks it is hard not to agree.

Parents interested in learning about the school are invited to take an individual tour. An open day is also planned in mid October. 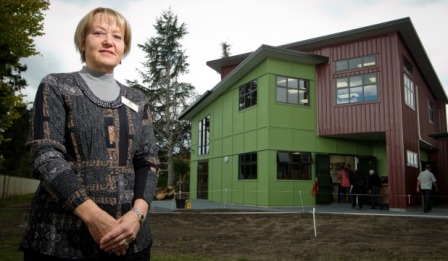