Tamahere-based transport company Regal Haulage is expanding buildings at its Airport Rd base in order to include its truck body manufacturing on-site, reports the Tamahere Community Committee.

The Waikato District Council granted resource consents for the 1300sq m building expansion without requiring that the consent application be publicly notified as it regarded the alteration to existing consents as minor, the committee heard.

But the committee disagreed with the council decision, which enables the company to almost double the size of its buildings.

“With 30 new staff, a new workshop building truck bodies, plus an increase in vehicle movements and the hours of operation, the committee feels that this work is not minor at all, and the community should have been notified,” the TCC noted.

“We are also concerned at the gradual creep that will now occur … as their business grows and the impact that will have on the community,” it said.

The TCC is to challenge the council’s decision to grant the consents without public notification.

Driving speeds are to be slower in the future on Annebrook and Cedar Park roads.

A council proposal for a roundabout on the Newell Rd-Birchwood Lane intersection has been shelved.

Council general manager of roading Ian Gooden told the committee the project, which drew objections from the committee when it was mooted in October, would not now proceed.

The minutes of the Tamahere Community Committee’s meetings are here in full. 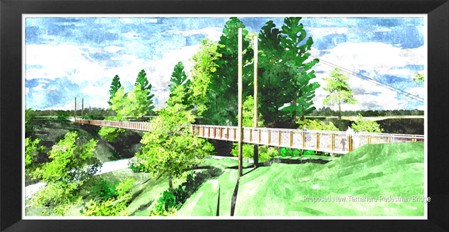