Growing calls for a corporate manslaughter charge in the wake of the CTV building collapse in Christchurch and the Pike River mine disaster coincide with the fifth anniversary of the fatal Tamahere fire – where a plea was also made for stiffer law.

This week, Building and Construction Minister Maurice Williamson said he may pursue a law change allowing corporate manslaughter charges in cases like the CTV building collapse in the second earthquake in February 2011, in which 115 people died.

The move was welcomed by Labour’s Justice spokesperson Andrew Little, who has a member’s Bill in Parliament’s ballot that creates a crime of corporate manslaughter.

Tamahere resident Philippa Stevenson, a journalist who in this story revisits the Tamahere explosion and fire that five years ago claimed the life of fireman Derek Lovell, raised the idea of a corporate manslaughter charge at the Coroner’s hearing into Lovell’s death.

Hamilton Coroner Peter Ryan called it a “radical suggestion” and said in his findings into Lovell’s death last March that it fell outside the jurisdiction of the court and was a matter for government policy.

Hodge said this week that overseas, civil cases could be taken in cases of wrongful death or accident causing death. But here the no-fault ACC legislation had ruled out civil action since 1974.

In today’s return to the Tamahere fire, Lovell’s mother, Barbara Thorburn, tells of her anger in not being able to take a civil action. She feels there has been no justice for her son.

The surviving firemen, battered but back at work, feel that coolstores company Icepak and its refrigeration engineer Warren Cook “got off lightly” under charges laid under the Health and Safety in Employment Act (HSE).

Because the act deals mostly with employees, Icepak and its director Wayne Grattan received higher fines for putting employees at risk than visitors to the site, like the firemen. No employees were injured by the blast. None were on site.

But the company and director were fined a total of $60,000 for putting staff at risk and $7200 in relation to the firemen. The company paid $95,000 in reparation, shared between eight families.

The need for a corporate manslaughter charge was again raised at the Commission of Inquiry in the Pike River mine tragedy last April.

CTU advocate Ross Wilson submitted that the Commission should recommend that the Government consider the introduction of a criminal offence of corporate manslaughter similar to that introduced in the UK in 2006.

The need for the charge was summed up plainly in the Canterbury Law Review journal, he said.

“The arguments reflect the view that the [HSE] Act fails to properly reflect the moral outrage that the community feels when a death occurs through the gross negligence of the employer, and fails to reinforce the notion that all workplace fatalities are unacceptable,” the journal argued.

“This is borne out by factors such as the offences not being indictable and, therefore, generally prosecuted in the lower courts; that prosecution is considered only a last resort; that the fines imposed by the courts are generally small; fines for large corporations are not sufficiently punitive and therefore lack the necessary deterrent and retributive effect; and the small number of proceedings against senior officers of corporations.”

Labour’s Andrew Little said this week that “in large and complex organisations it’s easy for large numbers of people to be involved in a negligently run project with no one person left holding the smoking gun.

“A corporate manslaughter law means systemic failure can be called to account.”

People from one end of the country to the other, reeling from a series of tragedies in recent years, will be heartened by the renewed interest in seeking justice for their felled loved ones.

None more than an elderly mother who, five years on, continues to grieve for her son and hope for justice for him. 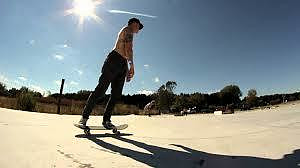