Many Ngati Haua, King Tuheitia and Minister Finlayson, who is also Minister of Arts, Culture and Heritage, also visited the Waitakaruru Sculpture Park for the re-dedication of ‘Absolute Divide’, an artwork which portrays the original boundary line, drawn in 1864 following the land wars, that separated the Waikato and Matamata/Piako districts.

AlJazeera starts its account of the events in Matamata.

On the main strand of this booming farming region, however, there is little to suggest that it was the heartland of the once mighty Ngati Haua, a tribe whose chief Wiremu Tamihana, played a leading role in the formation of Maori King movement, an indigenous autonomy organisation that emerged in the mid-1850s.

Wiremu Tamihana, Tamahere’s earliest person of note, is described by AlJazeera as being “one of the most influential chiefs in the central North Island” in the mid 1880s.

The son of a great warrior chief, Tamihana did his best to usher in a period of peace and prosperity for his people, despite the rapidly changing times.

He embraced elements of Western culture and supported dialogue, trade and friendship with Europeans. He converted to Christianity and adapted to Western-style schools for his people.

While he was not opposed to the presence of the European population, their rapid expansion led him to play a central role in the pan-tribal kingitanga movement. He crowned the first Maori king in 1858, and his descendants retain the title of “kingmaker”.

The movement, bringing together many tribes in an attempt to establish a Maori monarch who would be the equivalent of the British Queen was viewed as a “rebellion” by the British, who in 1863 moved to confiscate the lands of the Waikato tribes.

“Tamihana was the catalyst for the central North Island resisting colonisation, and the development of alternatives,” said Dr Des Kahotea, an archaeologist who works as a researcher and tribal advocate in the broader Waikato region.

“The British sought to destroy him as a political leader, and they were successful.”


Land speculators moved in to take most of what was left of Maori land in the region, and by 1866, the Ngati Haua had lost most of their land. Tamihana died that year. His people say it was of a broken heart.

“He was a man of peace who tried his best to make peace, not only amongst ourselves, the Maori nations, but also with the Europeans,” said Mokoro Gillett, co-chair on the Ngati Haua Trust Board.

“I don’t think they quite understood, or they didn’t try to understand.”

Click here to read the full AlJazeera story and view video of the day. 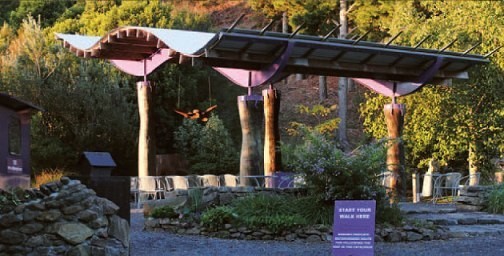