Covenants limiting controversial Hart Rd houses to occupation by families only are to be placed on the titles of the large dwellings that neighbours feared were intended to be student hostels.

Councillor Hayes has defended the council measure after the move was labelled “a joke” by Hart Rd residents spokesman Pete North.

“Placing legally agreed covenants on titles is not common practice,” Hayes told Tamahere Forum. “It is not a requirement. It also had to rely on the goodwill of the developer.

“Under the circumstances, in my view, the council has done what could be done relative to the rules that are in place as of today to help protect Hart Road residents investments.”

Hayes said the LV Park development had tested some boundaries of the District Plan and raised several questions.

“A development of this type was not envisaged when the District Plan rules were being formed and as such were never taken into account.”

As a result Hayes said he would be exploring a number of issues with the council, including a clear definition of permeable and impermeable surfaces and what impact that might have on the calculation of the area covered by buildings on a site.

Other issues that also needed to be examined after being raised by the Hart Rd situation were the possibility that the definition of a dwelling needed to be strengthened, whether commercial enterprises that emanate from dwellings needed stricter guidelines and what level of impact high density housing developments might have on low density land.

But Hayes warned that it was important to strike a balance.

“I think back to my country primary school days out the back of Gisborne. Two thirds of the school roll came from two families – a Maori family of 14 and a Pakeha family of 16. They would have loved these houses in Hart Road; they would have been ideal.

“It raises the question: Should large families have to go through extra hoops at the council when building a home to accommodate their families?

“The council already has a fair amount of control over where one can live by way of zoning land. Should they have more control on how you live, by way of controlling how many bedrooms and ensuites you might want in a dwelling?” 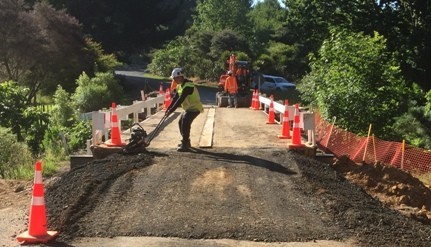