The funding shortfall that threatens to stop the Tamahere wellness retreat, The Monastery, from continuing to help earthquake-frazzled Christchurch residents back to health is again in the news.


The Monastery, on Newell Rd, has been a sanctuary for more than two years, giving free help to Christchurch people whose lives were turned upside down by the February 2011 earthquake.

The 107-year-old villa with extensive gardens and sweeping views over the Waikato River promotes itself as a place where people can get away from their ravaged city for proper sleep, nutritious food, counselling, therapies and activities including yoga and massage.

But at $1800 per person for a five-night stay, it’s not cheap, and the Hamilton-based Wise Group, which has fully met visitors’ costs, now needs contributions to keep the service for Christchurch residents running beyond December. The appeal was also aired in May.

Wise Group chief executive Julie Nelson told the NZ Herald the retreat had previously been in existence for stressed women but changed its focus after the quake.

It has helped more than 400 Christchurch people including frontline police, armed services, the elderly and husbands and wives who were under constant strain.

She said the Wise Group had used its own savings to pay the $600,000 yearly costs over the past two years, but could no longer afford to.

The Wise Group is trying to raise $300,000 to keep the retreat free for Christchurch residents.

“We thought we could manage for a year but we then extended the offering for another year,” she said.

“We had a waiting list that was continually climbing and we got to the stage where we can’t continue to fund this without getting some funding support and we are now in a position where we have closed off the waiting list and are looking at where to from here.”

Until recently, it received at least 10 referrals a week via word of mouth and clinicians working in Christchurch, and is fully booked until December, with no further reservations until a decision is made.

“I guess what we thought initially was the earthquakes would quieten down.”

“Some will still be experiencing very high levels of worry and what may actually be post-traumatic stress, while a lot of other people have had their lives grind to a halt in a living situation that they can’t get out of because they don’t know if they can rebuild, the roads in their neighbourhoods or infrastructure haven’t been fixed or their kids’ schools may be closing.”

Ms Donovan noticed a “revitalised and complete mental shift” in the clients she referred to The Monastery, but she has had to stop the recommendation for now.

Christchurch occupational therapist Shelley Templeton attended The Monastery with her daughter, who lost two schools she was attending in the September 2010 and February 2011 earthquakes.

She said the retreat was an “absolute godsend” for Christchurch residents who were under constant and high stress, but often didn’t realise it.

“We were running on adrenaline, not eating and not sleeping, and I was always expecting the worst and was constantly worried about my children’s safety, panicking about them, and I hadn’t considered myself at all really.

The Wise Group, which is one of the country’s largest non-government providers of management services in the health and social services areas, receives no government funding for its work at The Monastery.

For nearly two years Christchurch occupational therapist Shelley Templeton lived in a state of constant alert and fear after the 2011 earthquake that ravaged the city.

Her family home was red-zoned and she was forever worrying about her children’s safety.

But it wasn’t until late last year that she realised she had been living on a diet of anxiety and adrenalin with little sleep and even less food.

“Every aftershock left us worried that another earthquake was on its way,” she said.

“Every day we planned where we would be, who would get each child, were the cellphones charged, petrol in the car, gas bottles full, food and water available.”

The 43-year-old mother of two said the earthquake and the 13,000-plus aftershocks “seemed to rule all our decisions in life” and neither she nor her husband could settle or make any plans for their future.

When a friend suggested she attend The Monastery, a wellness centre on the outskirts of Hamilton, Ms Templeton thought the retreat may help her daughter after the two schools she was enrolled in were destroyed by the September 2010 and February 2011 earthquakes.

She was told her daughter could not go alone so she went with her at the end of January.

The Monastery helped her to deal with her stress and exhaustion. It also helped to provide perspective.

She said she and other Cantabrians were still living with ongoing reminders of the earthquake and were waiting for streets, schools and homes to be fixed. But The Monastery had changed her life and she wants to give something back.

“After returning I had a different perspective. It was easier to manage all the everyday difficulties of living in this city at the moment.” 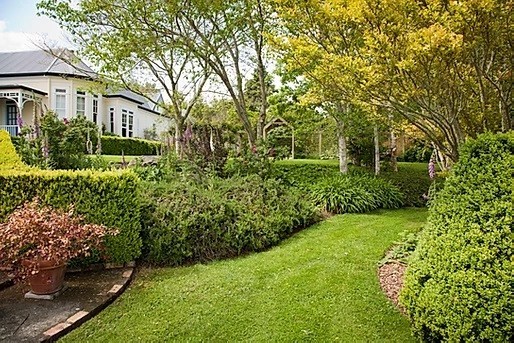