Have you ever had one those moments when the scales literally fall from your eyes? An ‘oh my god’ moment when you get gob stopping clarity?

I had such a moment in the 2012 summer, part way through a book called The China Study, by Dr T. Colin Campbell, Emeritus Professor of Biochemical Nutrition at America’s Cornell University.

Not exactly a light, holiday read, the book’s title is drawn from a monumental research project into diet and nutrition described by the New York Times as “the Grand Prix of Epidemiology”.

My OMG moment came when in the midst of the book it dawned on me that in a nearly 30-year career in agricultural journalism that I had never asked a fundamental question.

I was no cheerleader for the farming industries I reported on, latterly at the NZ Herald, or so I thought.

But I had never asked whether eating meat, butter, cheese and eggs and drinking cows’ milk as the farming industries enthusiastic marketers recommended was a healthy thing to do. I’d simply assumed it was. Oops.

Now, I realise, what most of us have come to think of as facts about good nutrition is all about marketing. We think we need vast amounts of animal protein to fuel our busy lives. We think we need to guzzle milk to build healthy bones. We think an egg a day is ok (again).

We think such things because the marketers tell us. And tell us and tell us. Their self-serving mantra has become our default diet setting.

So, how about that obesity then? In July, New Zealand was ranked by the United Nations Food and Agricultural Organisation as having the 12th highest number of overweight and obese people in the world. The study found 27% of New Zealanders were obese.

And what about Godzone having among the world’s highest rates of heart disease, diabetes, osteoporosis, and cancer?

Shall we slap another fat steak on the barbie, chomp another wedge of cheese or look elsewhere for advice?

The headline in the NZ Herald on July 15 seemed to have a lot to recommend it. It read: More veges, fruit vital for long life

Here’s someone who walks the talk. Norman Sharpe, the medical director of the National Heart Foundation described in the June 29 Listener, his daily diet.

“I’ve followed a vegan-type eating pattern, with a fish meal added once or twice a week, for health reasons for many years (meat and dairy are excluded). It’s a fantastic pattern but requires effort with shopping and preparation. The success of this approach has been through finding recipes that incorporate the right combinations of legumes, grains and vegetables to provide tasty meals with adequate protein. Veganomicon: The Ultimate Vegan Cookbook has been an excellent resource.”

Breakfast is green tea, Weet-Bix with soy yoghurt, soy milk (vitamin B12 fortified) and a generous dollop of blueberries. Then espresso coffee with soy milk to follow.

Lunch is a salad sandwich; occasionally sardines and tomatoes on toast or a vegetable-legume soup; also a generous handful of mixed nuts (plus some for an afternoon snack) and some fruit.

Asked whether he ever made any food mistakes, Sharpe said such missteps tend to revolve “mainly around impulsive choice of mid-morning muffins or scones that I don’t need.”

Fortunately, the Veganomicon, of which I also have a much thumbed copy, has a great muffin recipe which has become a tasty staple in our household. I have made a couple of changes to the original – but only for the better! 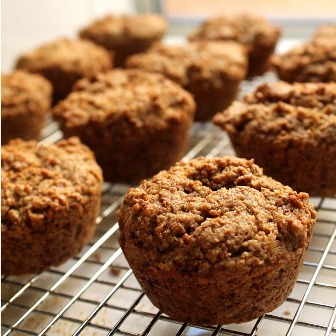 Preheat the oven to 180C and lightly grease a 12 cup muffin tray.

In a large bowl, whisk together the soy milk and apple cider vinegar; allow to rest for 1 minute. Add the applesauce, canola oil and brown sugar and whisk to blend.

In a separate, smaller bowl, mix together the flour, oat bran, baking powder, baking soda, spices and salt. Add the chocolate and berries (or raisins) to the dry ingredients. Fold the dry ingredients into the wet and stir enough to moisten but don’t over mix. Use a large spoon to put mixture into the muffin tray.

Bake for 28-30 minutes until a toothpick inserted into the middle comes out clean. Allow to cool for 5 minutes before transferring to a wire rack. Enjoy! 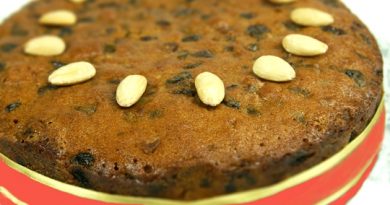 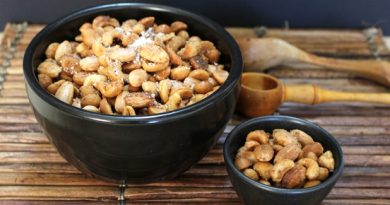 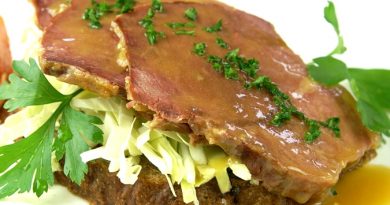 One thought on “Muffin break”