Local blues musician Darcy Perry is getting behind prostate cancer awareness campaign Blue September with every track he’s ever recorded.

His career as a blues artist began 11 years ago with the independently released CD Blues 4 Dad, dedicated to his father who died from cancer in 2002.

Now he’s releasing his entire back catalogue, including two previously unreleased live albums and a new album that’s been five years in the making on the same day he talks locally about prostate cancer.

“I’ve come a mighty long way in 11 years. I guess you could call it Post Traumatic Growth. But I would give the music career back to have dad around,” Perry says.

He will address St Stephen’s Church Men’s Fellowship on Friday, September 6 at 7pm at the church.

Perry has forged a career with the Darcy Perry Band, and has garnered praise internationally with a song released on the coveted Blues Revue CD sampler, appearances at iconic Australasian music festivals (National Jazz Festival, Blues on Broadbeach, BluesFest NZ, Motown 50, Parachute), and performing alongside Watermelon Slim (WC Handy Blues Awards Winner and BB King Entertainer of the Year). Perry has also literally shaken most of his musical heroes by the hand, such as Buddy Guy, Keb Mo’, Eric Bibb, Ian Moss and Berry Gordy.

In that time, however, he also lost a father-in-law, a friend, and grandfather to cancer.

“I’m letting men know that they need to look after themselves,” he says of his Fellowship talk and backing of Blue September.

“It’s about getting the message out there that it’s OK to go to the doctor. Prostate cancer kills more than 550 men in New Zealand every year. Thousands more are diagnosed – many of them far too late. By going and getting a check-up from the age of 40, you are not only taking responsibility for your own health, you are also ensuring we have communities with more dads, sons, brothers and grandfathers.”

Albums will be available for pre-sale from August 23. The release date is Friday, September 6, with digital download/streaming on iTunes, Amazon, Amplifier, Deezer, Google Play, Rdio and Spotify. All proceeds from album sales go to the Prostate Cancer Foundation. 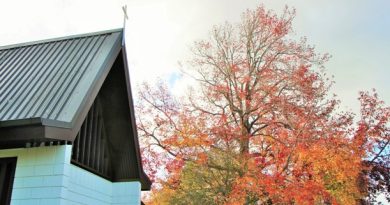 One thought on “He’s got the prostate blues”