For 125 years the Milford Track has been one of New Zealand’s toughest walks. Tamahere’s Venetia Sherson finds it’s even tougher for the blind.


After heavy rain the Milford Track turns up new hazards. Cliffside tracks crumble above rain-swollen rivers. Bridges the rains swept away have been replaced by temporary structures or alternative routes that are less well formed. Thick trunks of fallen trees have to be climbed over – or bobbed under. The week before our trek, a group of trampers was helicoptered out when the trails became impassable. If the weather closes in again, that may also be our fate.

Ahead of me, 74-year-old tramper Toyo Hiko of Kiyoto is taking it very slowly up the steep MacKinnon Pass, the highest ridge on the 54km track. The ascent has 11 zigzags to temper the steepness of the gradient. The rain is starting to sheet across the slopes and it is cold. The hut at the top of the ridge is still 30 minutes off and our final destination at least another four hours’ tramping.

Toyo Hiko stumbles and nearly falls. His hand slips briefly off the back of the woman in front. She pauses and they talk quietly in Japanese. Toyo Hiko lifts his foot again and clears the rock. A few metres further on, the woman talks him through a sharp corner where the zig becomes a zag.

He adjusts his backpack with one hand, keeping the other lightly on her shoulder. Bound by a single finger hold, and bent almost double in the rain, they inch up the mountainside that plunges vertically to the valley below.

This is how the blind do mountain trekking.

There were 12 Japanese in our Milford Track tramping group – half ranging from partially to totally blind.

They were aged between their 20s and mid-70s. They were fit and strong and, like us, carried backpacks. No concessions were made. Each walked the track with a carer who matched their pace to that of their charge.

Some of the blind walkers were faster than me. When they paused for a break we streaked past; the Japanese bowing politely. Another 100m further on, they passed us, bowing again, hardly breaking their stride.

They stopped frequently for breaks, usually in places where the views were the best. The carers described what they couldn’t see.

“What do they get from this?” I asked one of the guides.

“They feel the wind, they hear the birds. They use touch, sound and smell. And they feel the ground beneath their feet,” he said.

“They say it is a beautiful experience, just like most trampers say about the Milford Track, which is why we have come.”

At one point, where the track almost overhangs the river, Toyo Hiko, a slight man with grey hair and the oldest member of the group, slips and falls over the edge, landing on a ledge about three metres below the track. His carer scrambles over and cradles the man while describing his predicament. The river is running at flood speed a couple of metres below them. A guide and other trampers form a human chain and lift him back on to the track. He isn’t hurt but the sighted trampers are rattled.

“This would have rocked me and I can see,” said one of the rescuers.

I know what he means. Later in the walk, I walk slap-bang into a tree fallen across the track, nearly knocking myself out; the result of taking my eyes off the track for a minute.

For a short time – and on a flat stretch of track – I tried walking with my eyes closed, feeling my way with sticks. It was unnerving and painfully slow. Every rock had to be tested. The ground felt hazardous and without bearings, I couldn’t judge distance. The river sounded perilously close even though it was at least 10m distant.

Partially sighted tramper Shigeharu Tsuzuranuki, 66, of the Six Stars Mountain Hiking Club in Tokyo has done similar walks in Europe. He said his sole goal was to complete the track. He spent two years planning the nine-day trip to New Zealand.

“I enjoyed the MacKinnon Pass. It was very dynamic with lots of water and green. Very beautiful scenery.”

The only problem appeared to be the sandflies, which seemed particularly partial to the pale Japanese skin. One tramper, forewarned, has brought a net veil that resembles a beekeeper’s hat.

Toyo Hiko is the last to arrive at the lodges every night, usually well after we have showered and eaten. On the final day – a trek of about 21km to Milford, he arrives in the dark, accompanied by his Japanese minder and one of the Ultimate Hike guides. We stand as one and form a guard of honour, applauding his arrival.

A member of the Kyoto Mountain Children Hiking group for 28 years, he reported he had found the track challenging but had very much enjoyed it.

“I’m still young so I hope to keep walking but next time I want to go somewhere in New Zealand where there are hot springs,” he said.

On the final day of the walk, we take a rejuvenating cruise on the tranquil waters of Milford Sound where vast black cliffs are sluiced by waterfalls swelled to torrents by the rains. The views are spectacular and Mitre Peak, described by Rudyard Kipling as the eighth wonder of the world, is at its glorious best. On the rocks, young male seals are basking in the sun.

The Japanese trampers are lined up along the side of the boat, their minders beside them explaining what they can’t see.

One of the seals raises a flipper as we pass, as if in farewell, and the passengers laugh.

The minder of a young blind woman whispers in her ear. She smiles and raises her hand to wave in reply.

The Milford Track is 53.5km long and takes about four days to walk. There are DoC huts along the way and private companies also run accommodation. 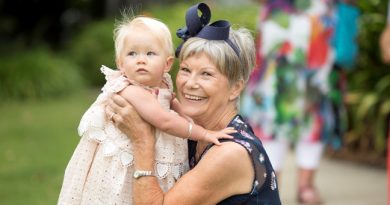 Amazing Grace, a story of surrogacy 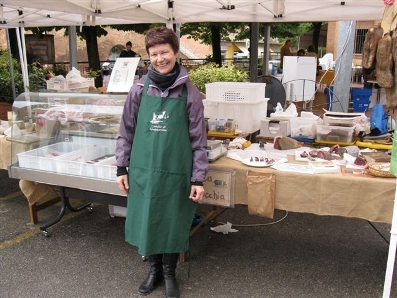 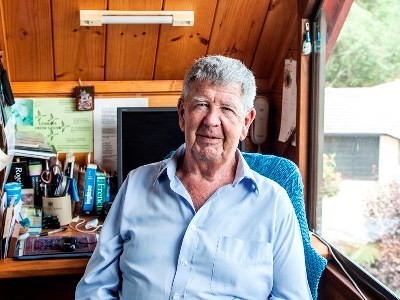