A heavyweight piece of Tamahere history is rolling back to the area.


The Aveling-Porter steam roller and scarifier bought by the Tamahere Roads Board in 1923 for an extensive road upgrading programme was, when last heard of, being restored by a Christchurch steam engine enthusiast.

Ninety-one-years later it is returning to Tamahere thanks to an interesting chain of events.

This month, Nigel and wife Jacky, who hails from Hamilton, are moving from Reefton to Twin Oaks Drive, Tamahere.

“We wanted somewhere with a bit of land and large shed for the roller and other large items,” Nigel told Tamahere Forum.

The Waikato is also a central base for Nigel’s new job, which involves overseeing mines at Huntly and Waihi, tunnels, including the new Waterview Tunnel project in Auckland, and many quarries across the upper North Island.

Nigel plans to get out and about with the roller, which is now in near new condition. He hopes one of its first outings will be to the February Tamahere Market.

“The roller is registered for the road, so I can just drive it to the market or shows,” he says.

“The plan is to use it and let it be seen, maybe even roll a few driveways. It does a better job than the new rollers!”

The Aveling-Porter is Nigel’s first full size engine, although compared to some other steam engines it is a small one, he says.

In the past his enthusiasm has seen him give a home to a half size steam engine and a 7 1/4 inch gauge diesel locomotive.

Currently, his “other big toy”, which will also be finding a home in Tamahere, is a two-seat helicopter which he built from a kit purchased in the USA.

“It took me eight years to complete and it received its certification from NZ CAA in mid 2013,” he says.

In 1923, The Aveling-Porter steam roller and scarifier was shipped from England and transported by rail to the Hamilton railway station.

The new machine, (the roller rolls, the scarifier breaks up the surface of a road) was demonstrated to the proud members of the Tamahere Roads Board in front of the Lye family farm in Newstead, and was soon hard at work on Tauwhare Rd.

Two years earlier in 1921, the roads board had embarked on a programme to upgrade its roads by sealing them and had arranged a €33,000 (around $99,000) loan, authorised by a poll of ratepayers.

The board also decided it would need to purchase “modern road machinery” and it was agreed that about €3000 of the loan would be needed for this, to avoid being required to continue hiring the machinery belonging to the Cambridge Roads Board. The result was the brand new, bright and shiny Aveling-Porter roller.

In July 1927, the roller was hired to the Waikato County Council and by 1928 the Tamahere Roads Board became part of the county council.

The roller’s history becomes a bit of a blank for a long while but it apparently ended its working life at the end of a country road where it was left to slowly decay.

Fortunately, it was rescued by Brendon Rowe-Mitchell who began the cycle that sees it returned to Tamahere 91 years on. 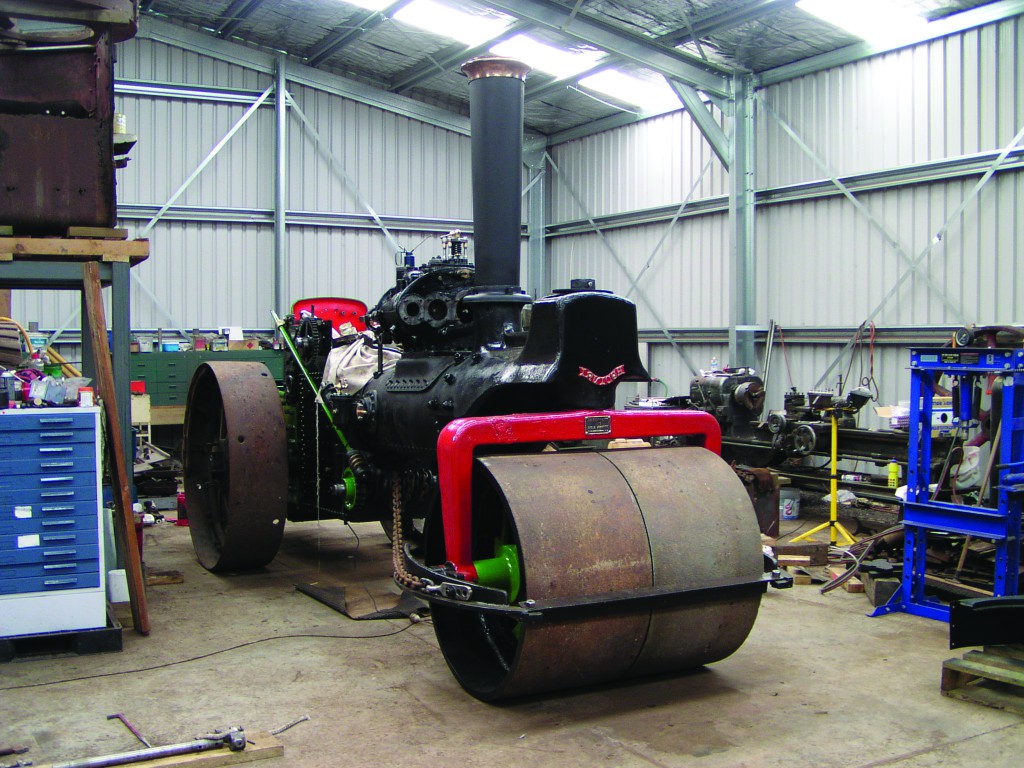 Roller back on the road