The fast growth of the Tamahere Eventide Home and Retirement Village continues unabated, creating a small town within our rural midst.

Forty-eight, two- and three-bedroom houses have so far been added to the 34 already in the village since its expansion began three years ago, in early 2011.

There will be 108 homes in total once a dozen now under construction are completed and a further 16 are added in the final stage of current growth. But more accommodation is to come.

Chief executive Louis Fick said Eventide has just launched a new project to design a 50-bed hospital topped by up to 40 apartments.

“We are in the design phase now and we’d build it in two stages but we’d hope to have it all completed in three years,” he said.

Retirement villages around the country are booming with 6% of all residential building consents dedicated to them.

Fick said one of the attractions of Tamahere Eventide is that residents own the capital appreciation of their home. The financial set-up is far from universal and is causing heartache in other villages around the country.

Such is the demand for homes at the Tamahere village that it does no advertising and still attracts new residents from around the country. People have moved into the village from Wellington, Tauranga, and Auckland as well as from the Waikato.

The village, which is on a 10.4ha site bordering SH1, is owned by the Methodist Church and some people like the religious affiliation, too, Fick said.

“We are multi-denominational catering for Catholics, Anglicans, Presbyterians as well as Methodists and for some the religious affiliation is another reason to move here.”

When the current building phase is completed the population of the village and home will number around 270. Their facilities include a community centre, all-weather bowling green and a cafe, which is open to the public.

“Our Cherry Blossom Cafe is open Tuesday to Sunday, 10am to 3pm, and we serve the cheapest coffee in town,” Fick claims. 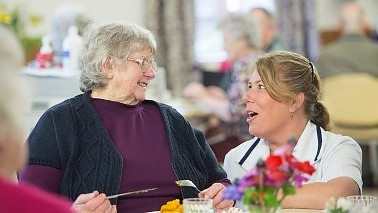 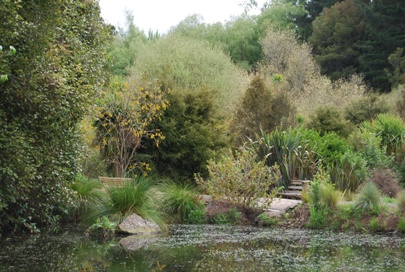 Gully restored by young at heart