Tamahere’s Scott Kuggeleijn has been named cricketer of the year by Northern Districts Cricket at its 26th Annual Awards.


Kuggeleijn won the coveted Cricketer of the Year trophy in his first season back with the Northern Knights in Hamilton, after previously having played for Wellington.

His performance during the season stood out in all forms of the game as he amassed 58 wickets across the HRV Twenty20, Ford Trophy and Plunket Shield, NDA said in the trophy citation.

Taking 58 wickets across all formats was an outstanding achievement in its own right but in addition Kuggeleijn played a number of innings that helped the Knights win games. Most of these innings required quick runs off relatively few deliveries.

As well, in the context of the Knights’ season and the winning of the HRV Twenty20, Kuggeleijn had an unforgettable performance when he scored 22 not out off only 7 balls to take the Knights to a glorious victory and on to India for the Champions League.

Kuggeleijn, son of former NZ cricketer Chris Kuggeleijn and Inspirit Gallery owner Jenny Scown, was also named bowler of the year. With 29 wickets in the Plunket Shield he was ND’s top wicket taker in that format, ahead of Graeme Aldridge’s 25.

Mere statistics do not reflect his real value to team results, ND said.

“He could be relied on to take wickets at the top of the order and wickets when they were needed late in the limited overs games. Sometimes he could be expensive, but it was his role to take wickets, not conserve runs. And with an outstanding 58 wickets for the season he certainly took wickets.” 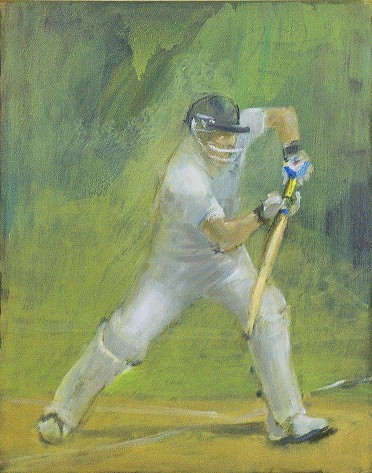