Piles of newspapers, car parts, lumps of concrete and abandoned furniture litter the lush banks of the Waikato River near Riverside Golf Club.

At the boat ramp around the corner off Narrows Lane, in Tamahere, a burnt-out car recently sat for two weeks before it was removed by Waikato District Council.


Narrows Lane resident Stan Woolston said the boat ramp, which he estimated was around six years old, was a dumping ground for fish carcasses and beer bottles, reports the Waikato Times.

“It started probably a year after it was built. [Council] kept it neat for a while but now people come and park down there and drink then leave their empty bottles.”

One report related to the burnt-out vehicle, which was reported to council by police on June 1, the day before Queen’s Birthday. Duignan said council arranged for a contractor on Tuesday to remove the vehicle.

“Unfortunately it took two weeks for this to occur. We agree it took longer than what we would normally expect and we apologise for the delay.

Craig Scott, general manager of Riverside Golf Club – comprised of the Narrows and Lochiel Golf Clubs – said rubbish in the public car park adjacent to the club had been a problem in the past.

“On and off there has been issues there with people dumping stuff in the carpark, and our groundkeeping staff picked it up,” he said.

“It’s in our best interests to do whatever can be done to keep [the river bank] as positive and as nice as possible.”

She said signage at frequent dumping spots and attempts by council to identify offenders was their main prevention plan.

For popular dump spots, council will send a letter to nearby residents and ask for their assistance in tracing down the offenders. Council has the authority to issue a $400 fine.

“We rely heavily on reports from the public – if we aren’t aware, we can’t action anything.”

Having spent a decade on Waikato’s sacred body of water, Darren Mills, managing director of Waikato River Explorer, said the cleanliness of Waikato River itself had generally improved, but he still noticed a rise in rubbish in the water during summer months.

“There’s quite a bit in the summer when young guys make the rafts and travel down the river, they don’t give a s*** what they dump in there, they’ll be drinking 12 packs and they’ll just let the whole thing float away.”

The Explorer, a scenic cruiser, docks at Mystery Creek and at Hamilton Gardens, which he said can also get messy during summer with a surge of visitors to the water.

He said the introduction of CitySafe guards at Hamilton Gardens last summer saw the tourist hot spot remain much cleaner.

“[The river’s] a hell of a lot cleaner than it used to be. You used to see dead livestock floating in the water but you don’t get that now.

“One big challenge for us is when people who live near the river chop trees down and let them get carried away – we get a lot of that.”

Rivers’ future in the balance 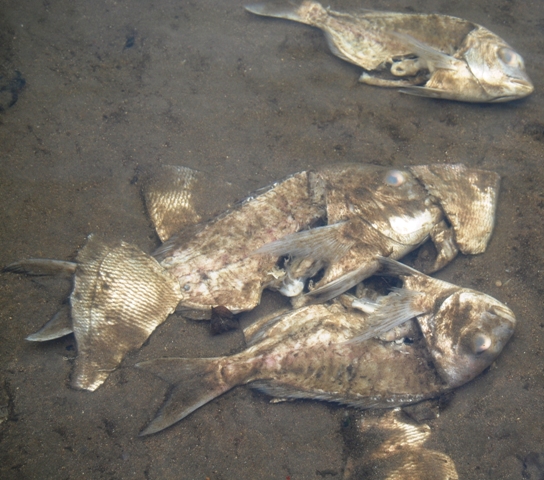