A new road layout will be in place on State Highway 1 (SH1) between Tamahere’s Airport Road interchange and Pickering Road, from Thursday, August 21.

The NZ Transport Agency says the temporary changes stemming from continued Waikato Expressway construction will be weather dependent and may start later next week if rain is forecast.

Motorists are urged to take extra care when travelling along the new layout and to allow for short delays due to the changes.

The northbound lanes will be used as a dual carriageway, moving traffic in both north and south directions.

The speed limit will be lowered to 80km/h on this section of SH1 during the works.

Cyclists will also be affected by the new layout; with southbound cyclists to be detoured off SH1 from the Airport Road Interchange via Tamahere Drive, Day Road, Pencarrow Road and Hooker Road. They will re-join SH1 at Duncan Road. (Vice versa for northbound cyclists).

Cyclists are advised to add extra time to their journey due to the detour. 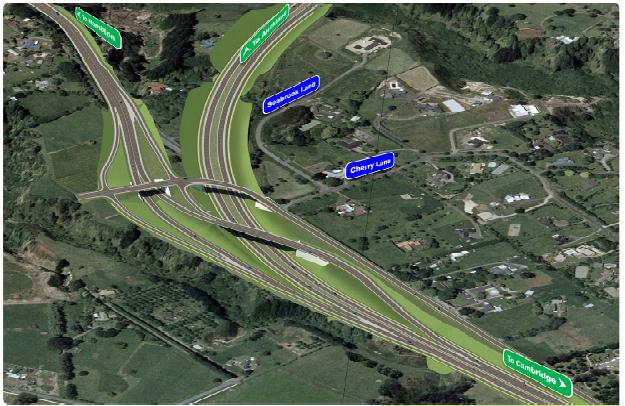