The suspension bridge across the Mangaharakeke stream, connecting Tamahere’s Woodcock Rd and Matangi’s Fuchsia Lane has been completed.


The bridge is part of the $535,000, 200m, Allan Turner Walkway, named for a Waikato District Council staff member who championed community open spaces and walkways and who died in 2012.

The public walkway will be suitable for walkers and cyclists.

The bridge surrounds are to be landscaped and planted and the Waikato District Council (WDC) sought feedback from the Tamahere Community Committee at its August meeting on suitable plants for the area.

Update: WDC advises that the bridge and its approaches are still working construction sites and asks people to observe the signage and barriers and not enter the site or use the bridge.

The walkway will be officially opened once planting work has been completed, which is expected to be in early October.

The impressive structure was built by Walkway Solutions Limited. 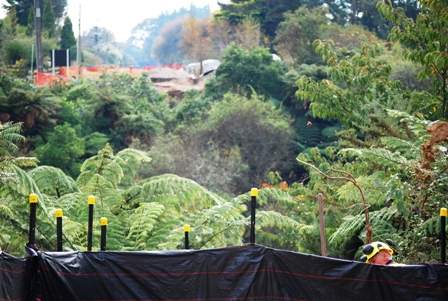 One thought on “Bridge connects communities”