The Tamahere Plant Nursery is in line for a boost in helpers after a recent event at the nursery proved popular.

The Devine Rd nursery hosted a plant identification, collection and propagation workshop on August 23 as part of the recent Hamilton City Council gully restoration seminar series. It drew around 30 people.

Many of the workshop attendees expressed an interest in the nursery’s monthly workshops, with the first since the event on this Sunday, September 7, said organiser Jan Simmons.

The tasks on Sunday, underway from 1.30pm, will include potting on plants into bigger bags for next year’s stocks, reorganizing the shade house to maximize the space, and weeding.

“At this time of year, seed planted back in March/April, including rewarewa, kahikatea, coprosma species and pukatea is starting to germinate,” Jan said.

The seedlings, though, are not quite ready for potting yet. Lancewood seed is still available but otherwise this is a quiet time for seed collection, she said.

Jan said it was “a plus” that the gully series workshop had attracted new helpers to the nursery. 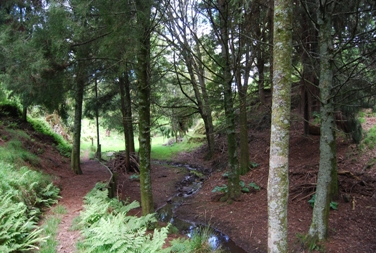