A male bellbird has been spotted feeding in trees in a Hamilton gully, sparking a call from Hamilton Halo project partners for residents to report sightings.


Bellbirds or korimako are endemic to New Zealand but until recently had been virtually unseen in Hamilton.

A member of the public contacted Hamilton City Council last week after hearing what he thought was a bellbird’s distinctive song in AJ Seeley Gully at Claudelands.

Neil Fitzgerald from Landcare Research subsequently visited the gully and spotted one male bellbird happily feeding on the nectar of kowhai and camellia flowers.

“It’s the first credible sighting we’ve had in Hamilton in a couple of years and so it was exciting to not only hear but to also see this shy bird,” Fitzgerald said.

He credited the continued work of Hamilton Halo for the discovery. The project was established in 2007 by Waikato Regional Council, in conjunction with Landcare Research, to bring tui, and then bellbirds and kereru, back to the city. The project involves pest control at targeted sites in a 20km ‘halo’ around Hamilton.

“Annual bird counts suggest both bellbirds and kereru have increased in numbers in Halo forests themselves, which makes sense because their eggs and chicks are subject to the same predators we’ve been targeting because they attack tui.

“A single male bellbird is just what we would expect to see at the start of an increasing presence of this important species in the city as males tend to disperse further from their breeding territories in Halo forests over winter. In time, given continuing protection from predators, they should re-establish themselves permanently in the city,” Fitzgerald said.

Regional council biodiversity officer Therese Balvert said: “It’s great to see Hamilton Halo’s pest control work is creating the right environment for this rare species to do well in the Waikato, and if bellbirds are present in the city it’s even more important for pest control to be undertaken in the gullies and parks.

“The regional council, Hamilton City Council and Landcare Research are working on the most practical ways to control pests in an urban environment.

“In the meantime, it is particularly important members of the public report any sightings of bellbirds within the city because the information will help us plan future pest control work and also get a clearer indication of their numbers,” Balvert said.

Bellbirds are approximately 20cm long. The male bird is olive green in colour with a yellow-green belly while the female bellbird is brown with a thin white stripe running from the bill across the cheek.

Visit Hamilton Halo to find out more about bellbirds, and to report a sighting. 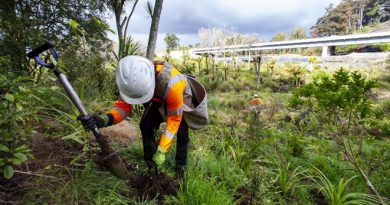 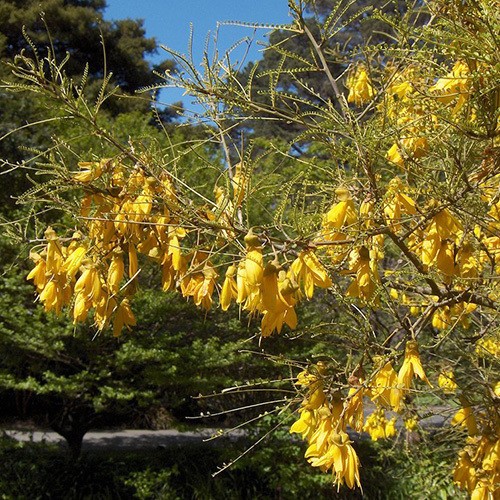