The pace of work on the Waikato Expressway is being cranked up as the weather improves.

After a relatively dry and productive winter they are also pleased to report that the 16km project remains on track for opening in late 2016.

Safety first
As the summer construction phase kicks off there will be a significant increase in truck movements and local road users are asked to take care around the haul road crossing points on Watkins, Victoria and Forrest roads.

Earthworks
Movement of earth will be under way along the full length of the section and be particularly visible at the Victoria Road interchange where embankments are being formed; the Peake Road where preload is being removed; and the final shaping and top soiling of the embankments at the Pickering Road underbridge.

Dealing with dust
As more heavy earthwork machinery is on site moving soil and sand the expressway builders will once again have to be vigilant with the challenges that dust brings.

Their dust management plan involves numerous measures to deal with dust created during construction, including the use of water carts which spray water and a dust suppressant binder. Anyone with concerns or questions is invited to call 0800 WAIKEXP (0800 924539).

Planning for pavement
As progress continues across the section pavement construction will begin, which is typically less dusty than earthworks but can produce more noise and vibration.

The pavement design seen on this project involves the following layers (from top to bottom):

Surfacing: This varies depending on the road usage and traffic volumes but the types of surfacing on this project include chip seal for local roads and rural environments; stone mastic asphalt at major intersections; and open graded porous asphalt (OGPA) on the expressway north of Karapiro Gully Viaduct. OGPA provides a smooth, quiet road surface and also allows the passage of water which increases driver safety during rain.

Base course: This is a high quality aggregate to withstand the higher stresses of being nearer the road surface. Cement is mixed with this aggregate to improve early pavement performance.

Sub-base: This aggregate is a larger size chip than the base course. Cement is mixed with this aggregate to improve early pavement performance and longevity.

Sub-grade improvement layer: This layer is either sand or brown rock and adds a stronger foundation layer for the pavement to be constructed on.

Geotextile and/or geogrid may be added in areas where sub-grade conditions are poor and extra reinforced support is needed.

Sub-grade: This is the natural insitu ground after the topsoil has been stripped.

Diary dates
The annual Open Day on Saturday, November 15 is a chance for people to catch up with the latest news direct from site. More details will be released next month but the day will include an iwi blessing at the official opening for Pickering Road underbridge and a ‘behind the scenes’ tour at Victoria Road interchange and the site office.

And on Monday, November 17 there will be an opportunity to catch up with all the progress made during the first year of construction at a big-screen airing of NZTA documentaries at Cambridge’s Tivoli cinema. The evening will also include question and answer sessions with members of the Waikato Expressway team from HEB and the Transport Agency. Details on how to book a seat for the free screening will be available soon.

You can keep up to date with progress on the Cambridge section by:
• Visiting the Information Centre (9am-3pm Mon to Fri excluding public holidays) at 129 Victoria Road
• Go to the NZTA website
• Or view NZTA Facebook page 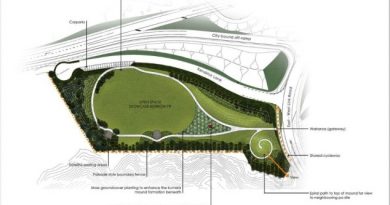