Tam Jam organiser Darcy Perry cast grim looks at a grimly grey sky before noon on Queen’s Birthday Monday as his phone rang with the news that there was officially an 87% chance of rain on the parade.

Undaunted, Perry and his team continued to set up amps, mics, a mixing desk, a drum kit and an impressive bank of speakers on a 15-metre stage in the St Stephen’s Church grounds.

As the midday start arrived the clouds cleared, and around a dozen young artists prepared for their performance with focus and determination; every corner of the St Stephen’s parish hall had a serious young artist tuning a guitar or running through a riff while a supportive parent held up their i-phone for the backing track or the pitch note.

A team of dancers put polish on their routine; the atmosphere built with muted excitement.

As the first act was welcomed on stage, it became apparent the weather was no match for the shining qualities of the young talent bringing their vocal and instrumental skills to the inaugural Tam Jam: a home-grown music festival by kids for kids.

Most of the performers have been students of local teacher and blues musician Darcy Perry, who conceived of the project several months ago.

It would have been so easy, said Perry, to bring in a whole bunch of professional acts. He has contacts throughout the NZ live music scene and could easily have masterminded an event dominated by professionals.

But a true teacher loves to see the students shine, and at this event children from Tamahere School, Berkley Intermediate and Hillcrest High School all demonstrated professionalism to rival any career artist – owning the stage as though they were sitting on their own back porches entertaining their friends.

Apart from one sun shower that saw tarpaulins efficiently flung over sound gear for a few minutes the rain held off and, graced by rainbows, the talented procession of kids showed a range of skills, as vocalists, keyboardists, drummers and guitarists.

The crowd remained engaged and encouraging, with a number of picnic blankets and deck chairs laid out across the grass outside the 70s-vintage, white-painted church.

Kids staffed the barbecue and candyfloss maker and were kept busy by a steady stream of patrons. With no real interest in turning a profit, the volunteers arbitrarily applied a 50% price discount two hours into the event, encouraging a further flurry of trade in sausages and spun sugar.

In the late afternoon, as the first Tam Jam was packed down and kids’ instruments lovingly returned to their cases, the happy smiles on tired faces testified to the decisive success of Tam Jam 15.

Perry said he was grateful to the families that came out “despite the weather forecast of rain.”

“Almost one hundred in total enjoyed an awesome afternoon of entertainment.”

The stage, supplied by Regal Haulage, was run with the help of Taupo musician Rev. Peter Minson and Sharlene Woolston, a veteran of eight Pumpkin Nights, another Tamahere entertainment extravaganza.

Woolston commented that it was “so cool to see the kids who have grown up with music at school and performing at Pumpkin Night. Their confidence was inspiring.”

Perry thanked Lee Tulloch-Morgan, of Lil Pumpkins childcare centre, Rev. Bernstein and Jane Manson who helped organise the event, and the families that arrived early and stayed on to clean up when all was over.

“The children were the stars and I especially thank the parents that helped encourage those with nerves to take the stage and shine. I really believe a new festival has been born and long may it live in Tamahere.

(Thanks to Rev Ellen Bernstein for her contribution to this account of Tam Jam 2015, and to Jodi Bennett for the photos.)

Tots bop to the beat 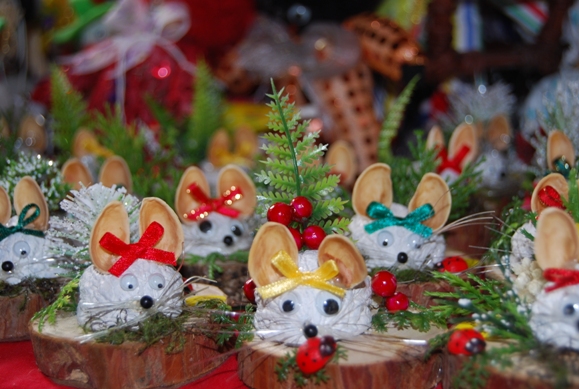