Tamahere Forum was last night among the winners in the annual Australia and New Zealand Internet Awards (ANZIAs).


The website, which has served Tamahere for seven years, was named winner of the community website category from a field of five trans-Tasman finalists.

As the gala awards ceremony progressed, in Auckland’s vaulted St Matthew-in-the-City Church, it became clear that Tamahere’s website was among inspiring company.

The eight-year-old awards recognise organisations, businesses and individuals who excel in delivering accessible, innovative, informative and secure resources to a diverse and wide community on the internet.

Winners in the other five categories included organisations working in innovative ways to educate children, the blind, epilepsy sufferers, and emergency medical workers.

After many years of the awards being dominated by Australian websites there was a gratifying number of entries and winners from New Zealand, including N4L, the Network for Learning, and the online portal to the NZ government, Govt.nz.

Jordan Carter, Chief Executive of InternetNZ, one of the co-sponsors of the awards, was delighted by the record number of Kiwi entries this year.

The Hon Tony Staley, Board Chair of the auDA, the other co-sponsor, said he was “heartened to see that the Australian and New Zealand Internet-using communities have yet again shown us that we stand proud on not only a domestic level but on the international stage, too.”

The full list of winners in the ANZIAs 2015 are here.

Earlier story: Something good from tragedy 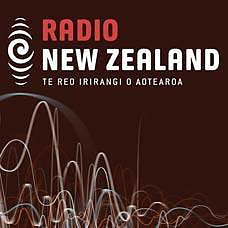 “Something good” from tragedy