The Tamahere Lions, who had a working bee at the Woodcock Rd reserve last month, turned out again this month for another session of weed clearing.

Yesterday, just a few days after the Lions’ efforts, a second group of young eco-warriors were clambering the reserve banks to plant trees, many of them kowhai they had grown themselves.


Around 15 Hautapu School students involved in the Enviroschools programme spent the morning at the reserve, working with members of the Tamahere-Mangaone Restoration Trust.

Like an earlier effort by Tamahere School students the event was supported by HEB Construction, which funded plants for the reserve as part of the requirements of its resource consent for the Waikato Expressway. The aim is to create new areas that will ultimately be suitable for habitats for the rare native bat.

With great good luck the sun shone for the Hautapu students’ working bee and their lessons in planting trees well. There was even time for confidence boosting walks across the small bridges across the Mangaharakeke Stream, and then a final hurrah of a walk across the Allan Turner suspension bridge.

One student declared the outing “better than doing maths” while others were keen to return to show their families where they had been and what they had done. Clearly some were going to return often to keep an eye on the progress of “their” trees. 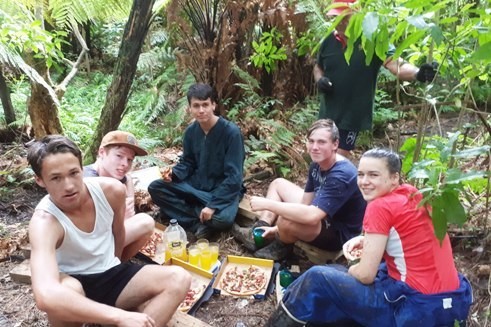 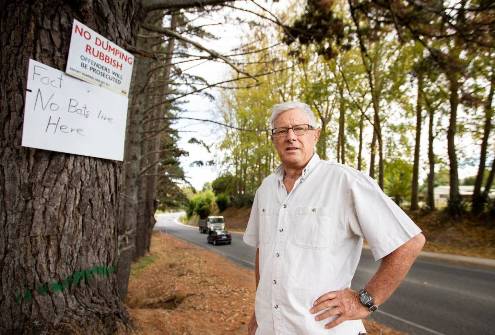