Brian Cathro, on staff at the Waikato District Council as a business planner, has also recently put up his hand for the district’s mayoral chains.

Hayes, chairman of the council’s powerful infrastructure committee, said the council’s reputation had been damaged by a string of incidents last year.

“Our credibility has taken a pounding and that has galvanised my resolve to stand. We need to turn that around. We need an inclusive, open and transparent Mayor.”

In a statement announcing his candidacy Hayes said he was a strong leader who had “transformed the direction of Tamahere by my proposal to shut Newell Road at one end and create Wiremu Tamihana Drive”.

He had also worked closely with the community and council to develop both the Tamahere Recreation Reserve and the new village hub development, he said.

Hayes said he knew a lot of people wanted to see a culture change from the council.

Also campaigning on a change platform, Brian Cathro said in a statement that more needed to be done to “future proof our towns and retain youth in our district by bringing new companies and the jobs they create to the Waikato.”

It was also time the rural community had more of a voice within council, he said.

“I’m hard pushed to find any meaningful effort to improve conditions for farmers, which is remarkable given the amount of rates they contribute.”

Hayes departure as Tamahere ward councillor will leave a vacancy for the position for which he’s been the only candidate in the last two elections.

Nominations for the 2016 local body elections officially open on July 15 and close a month later on August 12. Postal voting papers will go out to electors between September 16 and 21, to be returned by polling day on October 8. 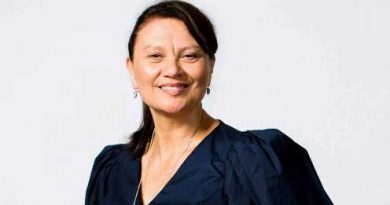