Tamahere’s Thomas Giltrap has won a national award for poultry with his black bantam, Blackwing.

He went to be a steward but came home with the New Zealand Championship for Best in Breed with the black Australorp​ bantam rooster Blackwing​, reports the Waikato Times.

There were more than 1800 birds in the show and it was the largest poultry show he had attended.

“It was a thrilling day,” he said.

“I especially enjoyed listening to the judges debating the finer points of the birds. I learned a lot.”

He has been breeding bantams for years, and started showing when he was six.

The inspiration came from his father Andrew Giltrap, who has been breeding chickens for a long time.

His sister Stephanie, 13, was also interested in showing poultry and Thomas decided he would give it a go too.

But some of the bigger breeds intimidated him when he was younger, so he opted for bantams as they were smaller, easier to handle, and easy to breed.

“I’m proud because it means I have bred them to the right standard. There’s different standards for different countries,” he said.

He has three large chicken coops set up for them.

His mother Erica Giltrap supports his passion for poultry.

“I think it’s a great hobby for him, and they give us eggs, that’s the part I like about it most,” she laughed.

His next big show is the Auckland Poultry Show in July. 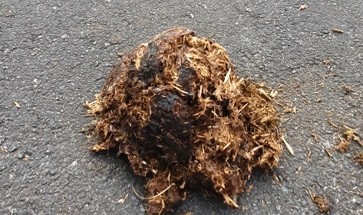