Tamahere’s new councillor found the list of what he hopes to achieve for Tamahere growing over the election campaign.

Political newcomer Aksel Jepsen, 51, won the two-way election for the Waikato District Council’s Tamahere ward at the weekend by 196 votes, on preliminary results.

Hayes, who stood for mayor only, was unsuccessful in his attempt to unseat sitting mayor Allan Sanson in a five-way race. Sanson romped home with 5348 votes to Hayes’ 3423 to take the mayoral chains again with a comfortable 1925 margin (on preliminary results).

Jepsen thanked Hayes for his service to Tamahere saying that Hayes had served Tamahere with “integrity and passion for the past three terms.”

Hayes had little to say after his disappointing result other than to wish Jepsen and the incoming council well for its new term.

For his part Jepsen, who is a Tamahere School board of trustees member, thanked Tamahere voters for their support and the trust and confidence they had placed in him.

“I look forward to not only representing Tamahere over the next three years but also contributing positively to the overall direction and priorities for the wider Waikato District,” he told Tamahere Forum.

“It’s great to see that whilst voter returns were still modest this year, at least it appears that Tamahere topped the percentage voter turnout for the Waikato District. I hope we can continue to build on that community engagement.”

Jepsen said that during the campaign he had become aware of more issues that he would work on over his council term.

In his campaign, Jepsen said his priorities would be the protection of the Country Living Zone that covers much of the ward, completion of the Tamahere sport and recreational reserve, issues around the Hamilton section of the Waikato Expressway coming through Tamahere, and keeping the pressure on to deliver ultra fast broadband to Tamahere.

Now there were more things on his ‘must do’ list, he said.

“I have also become aware of a number of other important issues and factors in the WDC such as the need for a clear council policy on older persons and elder care and a need to focus on cycle and walkways throughout the ward and, indeed, the district.”

Jepsen, originally from Denmark but raised and schooled in New Zealand since he arrived here aged 14 in 1978, has had a home in Tamahere for 17 years. He and wife Susan and three children have lived in Tamahere since 1999 between overseas travel and spells living elsewhere in New Zealand.

He went to school at Karamu High School and Wairoa College in Hawke’s Bay before completing a Bachelor of Science at Massey University and a Masters of Social Science at Waikato University.

He started his working life in Human Resources for the Natural Gas Corporation in the early 1990s when he also married Susan. The couple met at Massey University.

Jepsen became a New Zealand Citizen in the 1990s. He’s said his Danish heritage would always be important but he found he was “more of a Kiwi at heart” so chose to make a life here.

After some time working in Gisborne, Jepsen returned to the Waikato to work as Human Resources and Projects Manager for NDA Engineering Ltd.

In 1998 he was one of a team of six that completed a management buy-out of NDA, purchasing the then 100 year old business from New Zealand’s dairy companies’ joint ownership of the business.

NDA grew by acquisition and competition and by venturing in to new sectors. Jepsen’s role included a focus on the wine industry and he led the equipment sales team.

In 2006, Jepsen sold his shares in NDA and took the opportunity to focus the next few years on the couple’s three young children, including travelling through Europe and the USA.

He now describes himself as “time rich” and stood for election to be a strong voice for Tamahere.

In the Waikato seat for the Waikato Regional Council, which covers Tamahere, the successful candidates were Tony Armstrong and Jennie Hayman. 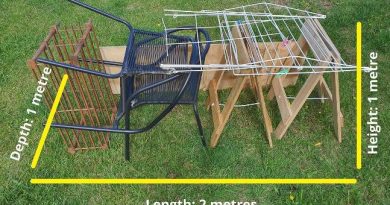 Drop in for plan’s impact