Regal Haulage’s truck wash site, within the Tamahere Reserve, has temporarily shut down after a local resident raised concerns it was polluting the Mangaone Stream.

The Waikato Regional Council (WRC), which acted to close the site, said investigations showed that a “malfunction in the truck wash was causing runoff into the stream”.

But an inspection today of the rubbish-strewn site with whistle blower Owen Trolove suggested that Regal Haulage could also be breaching its lease with the Waikato District Council (WDC) as well as its discharge consent from the regional council.

Trolove, whose Tamahere property is downstream of the Tauwhare Rd truck wash, is “more than pleased” the regional council has taken action to close the site but also angry it was slow to act when he blew the whistle earlier this month.

WRC said its response was fast and actions appropriate.

Regal Group joint managing director Brett McHardie would not comment on the reasons for the shutdown but said he wanted the situation resolved as soon as practicable.

“We’re working with the council; so it will be [resolved] as fast as the council work,” he told Tamahere Forum.

The major, Airport Rd transport company had no other options for a truck wash and wanted to continue to use the reserve site for the long term, he said.

Trolove, who has lived in Tamahere for four years, said the saga began after he noticed that over the years the growth of weeds in the Mangaone Stream that runs at the foot of his property appeared to have escalated.

Looking for the cause he followed the watercourse upstream and into the Tamahere Reserve, finally climbing up to the reserve highpoint where he came across the truck wash.

“I thought bloody hell this is not looking good,” he said of his first sight of Regal’s rented facility for washing truck bulk bins.

“It was this tiny little catch pit and it was full to overflowing. It was an ancient old attempt to disperse the water with some pipes that weren’t even connected and others that ran up hill. Water does not flow up hill,” he said.

Fertiliser was floating on top of the water, said the experienced farmer and trucking contractor, who suspected he’d found at least one contributing factor to the excessive weed growth in the stream.

Today, when Trolove returned to the truck wash with Tamahere Forum the area was dry, apparently unused since the shutdown at the start of the month.

The rickety facility, including a small collection tank that looked grossly inadequate for the allowed discharge of two cubic metres of wastewater per day, looked decrepit and nothing like what you’d expect from a company whose stated mission is to provide “innovative, vertically integrated, logistical solutions … with minimal impact on the environment.”

They surrounding area – 8600 sq metres of plateau atop the 4.6ha reserve and leased officially from the Waikato District Council since 2002 for $4250 a year – is strewn with rubbish ranging from plastic rubbish bags, bottles and tyres to bricks, twisted metal and cracking timber.

Grungy plastic of indeterminate origin is piled in a dirty, windowless hut which has only three walls. Only the frame is left on the fourth side, the weatherboard cladding apparently completely rotted away. Oddly, sitting outside the see-through wall, is a rusty ironing board. Nearby is what could be an old roof rack or the remains of a clothes airer.


Ironically, at the locked gate, prominently placed for all truck drivers to see as they leave the site is a large sign, written in big, bold, black lettering reminding the truckies to inform the company if rubbish has been dumped on the site.

The dump-like state of the site appeared to breach the 2002 lease agreement between Regal and the Waikato District Council.

The agreement, originally for a five year term but since 2007 continued on a month by month basis, requires Regal to keep the land “free from litter or other unsightly or offensive material” as well as “keep all buildings, fences, gates, drains and other improvements … in good order, condition and repair”.

Comment is being sought from the Waikato District Council.

Update March 2: The Waikato District Council will await the outcome of the investigation by the regional council, “review the situation, and take the appropriate action in conjunction with Regal Haulage as the tenant,” said General Manager Service Delivery Tim Harty in a statement responding to questions put by Tamahere Forum.

Harty did not reply directly to the question of whether Regal had breached the conditions of its tenancy regarding litter and the maintenance of on-site buildings, only that the company required the necessary consents from the regional council for its tenancy to remain valid.

Today, Trolove said he felt pretty good that his complaint had brought the issue to light and got action.

But he added that he was disgusted that WRC, a big organisation charged with cleaning up streams and the Waikato River, at first fobbed him off and only inspected the site after he contacted the Waikato Raupatu River Trust for help. It was only at the urging of the Waikato-Tainui trust that a WRC compliance officer visited the truck wash, Trolove believed.


WRC said it acted promptly, with a staff member visiting the site immediately after Trolove reported that truck wash runoff was flowing into the Mangaone Stream.

“The agreement to stop using the truck wash was made on February 1 at approximately 4.45pm between a regional council staff member and the manager of Regal Haulage. This would give time for the malfunction to be addressed,” said WRC industry and infrastructure manager Brent Sinclair in a statement.

The council had no knowledge of the Waikato Raupatu River Trust being involved, he said.

Trolove disagreed with the council’s timeline, pointing to a text on February 9 from his trust supporter who confirmed that the WRC had visited the site that day and also called on the nearby Regal offices. A second text a few minutes later informed him that the truck wash was now shut down.


Sinclair said as well as taking action on February 1 the site was also “visited briefly on February 10 as a random check that no trucks were using the truck wash.”

The council was in the process of deciding what further action might be taken. 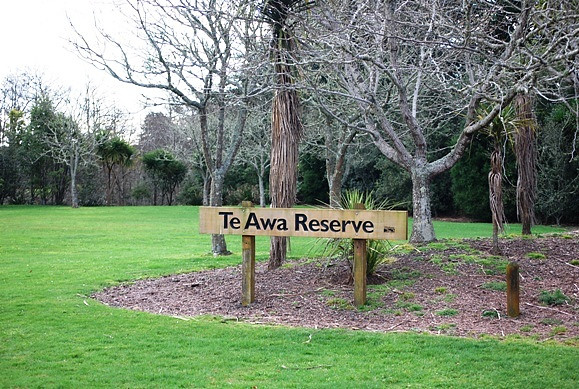