Matangi man Robert Hos, an amateur photographer with a keen eye, has taken top spot in this year’s Hamilton Halo photo competition with his image of a rain-loving tūī.

Hos’s photo was among more than 70 entered into the biennial Hamilton Halo photo competition in July and judged the overall winner by a panel of experts.

Six years ago when they first moved onto their Matangi property, Hos and his wife were excited to see one tūī. But rat control, part-funded by the regional council and undertaken by the couple and other neighbours in the remnant kahikatea stand known as Wrights Bush, has seen the native bird numbers grow.


“We were really excited to see a fledgling last year and at one stage this year we had eight tūī outside our kitchen window,” Hos said.

On his win, Hos admitted “most of my photos are very unspectacular, but on this day the lighting was great and I got lucky”.

The winner of the People’s Choice Competition – selected from the top five photos via an online poll – was of a bellbird, taken by Suzanne Hutchinson of Te Awamutu.

The photo competition is run as a celebration of the native bird life that is increasingly part of the Waikato as a result of the intensive pest control at eight key bush sites within a 20 kilometre ‘halo’ of the city.

“It was exciting to see a mix of really high quality photos of tūī, bellbird and kererū in this year’s competition,” Jones said.

“The rain in the winning photo gave the image a sense of depth and motion, and it exhibited great composition too. We were impressed the photograp was able to capture the detail of the tūī, including droplets on its feathers,” he said. 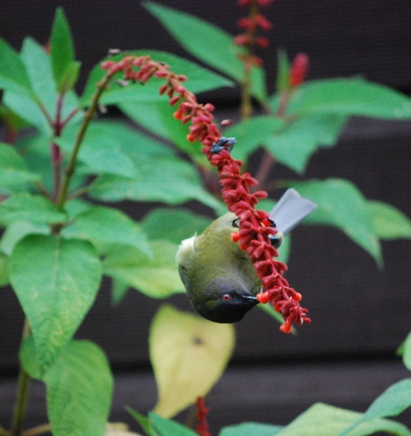 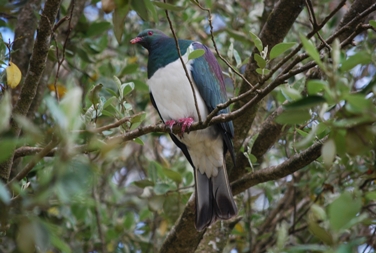