Tamahere’s Angie Millar, the architect of the successful fundraising Divine Eats cookbook has been awarded a ‘local hero’ award in the annual Kiwibank New Zealander of the Year Awards.


Angie was one of 12 Waikato people to receive a local hero award tonight at the first of 16 regional ceremonies to be held across New Zealand recognising the achievements of 350 Kiwis.

Millar was inspired to put forward the idea of a cookbook to help raise funds for a new swimming pool for Tamahere School in 2015 after seeing a 1992 cookbook, which was also a school fundraiser.

The resulting vastly more up-market 2016 version was wildly successful, raising hundreds of thousands of dollars for the pool, and being named by Cuisine magazine among its top six cookbooks for 2016.

Millar was backed by huge community support, and a lot of talent among a group of women who worked on the full-colour, 432-page hardback book for a year. It contained around 285 favourite, user-friendly recipes from Tamahere families.

Meanwhile, the pool the cook book built is to be officially opened at 1pm on Friday, November 24.

The last copies of Divine Eats are available here. 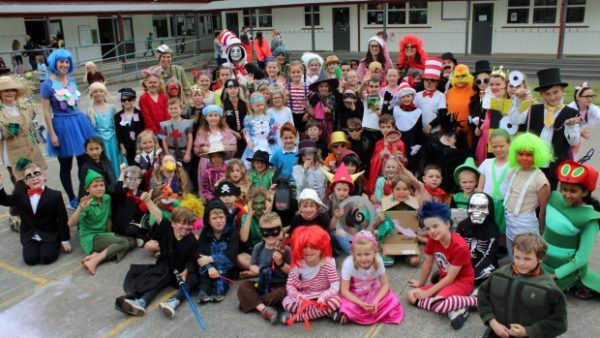 Book it for kids